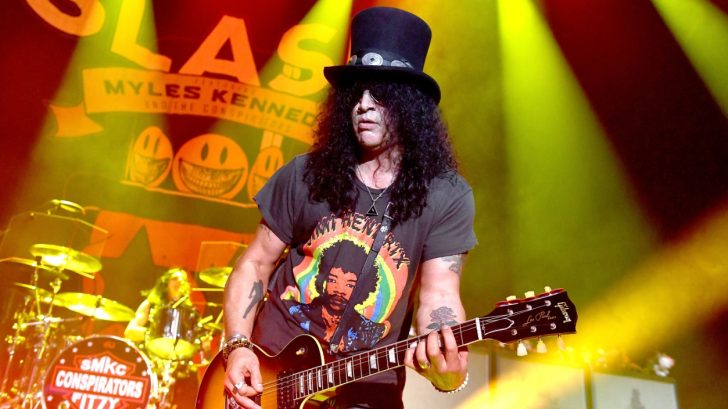 Slash has worked with many singers before Axl Rose and in a new interview, the guitarist explained how his Guns N ‘Roses bandmate was different from any other singer he had worked with prior to joining the band.

“I’d worked with different singers on and off for a while, and then when I met Axl and we started jamming together, he was the only singer that ever brought an emotional content to it that affected me on an emotional level, on an energy level,” the guitarist revealed during an episode of Revolver’s “Fan First” podcast.

“A song all of a sudden went to a whole new level, and I felt it. And that’s when I realized where music and vocals really meet. Because prior to that, everybody that I’d worked with sucked and I had no use for it, and I would just rather play instrumentally. But that’s when I first really arrived at that poignant feeling that you get when things connect on a lyrical and the vocal level and the music level.”

In another part of his podcast episode, Slash detailed his history as a music fan and artist (see below). He remembers encounters with Rolling Rocks and Aerosmith, as well as discussing his work with the likes of Rose and Miles Kennedy.

Slash played in a few different bands in a short time before finding fame with Guns N ‘Roses, including Road Crew and Hollywood Rose. Both groups contained members who would also associate with Slash on Guns N ‘Roses at the end, including Duff McKagan, Steven Adler, and Izzy Stradlin.

Watch the full episode below: