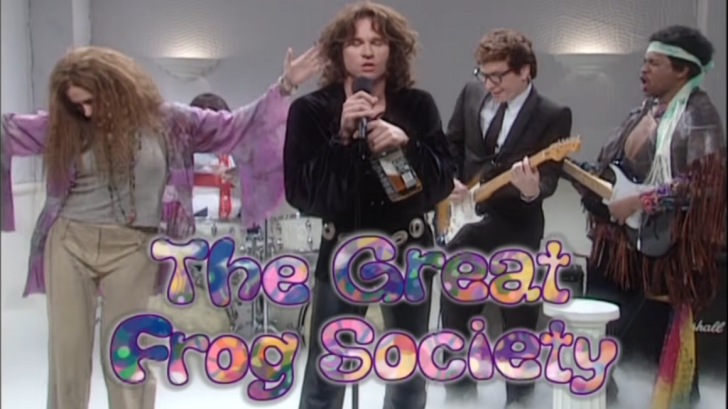 The 26th season of Saturday Night Live, the sketch comedy series, initially aired in the United States on NBC between October 7, 2000, and May 19, 2001, featured the formation of a supergroup in Rock & Roll Heaven, Val Kilmer as Jim Morrison.

The first SNL Mother’s Day special since 1993, highlighted the actors and their mothers discussing their favorite summaries aired on the show.

This episode included an extraordinary recognition to singer-songwriter Minnie Riperton, who was the mother of cast member Maya Rudolph.

Behind The Music records the ups and downs of the supergroup in heaven called, The Great Frog Society. Even when you die, you still need to rock out, so what do you do?

Well, of course, Jim Morrison is bound to form a rock and roll group along with other great musicians like Janis Joplin, Jimi Hendrix, Buddy Holly to name a few.

This was taken from the Val Kilmer hosted episode of SNL which you can watch below.