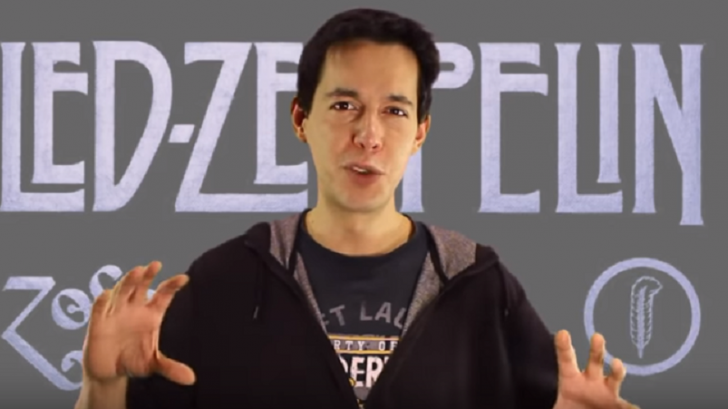 This Is How It Should Be Played

Anyone who claims that Led Zeppelin’s “Stairway to Heaven” is overrated needs to see this. This song is more than just another popular tune. It’s highly complex and you need more than just mediocre skills to play it perfectly. You’d have to be on the same level as Jimmy Page, John Paul Jones or John Bonham.

We’ve seen numerous covers on this classic and while some of them are pretty impressive, most just somehow miss the mark and mess it all up. Even professional musicians make mistakes and it’s fairly common for anyone to commit errors while playing this track. This guy will enlighten you why some cover versions just don’t sound right.

He provides an accurate explanation about the bridge rhythm and of course, plus points for including Neo and Morpheus. We almost lost it with the blue pill/red pill scene!

“To me, I thought ‘Stairway’ crystallized the essence of the band. It had everything there and showed the band at its best… as a band, as a unit. Not talking about solos or anything, it had everything there. We were careful never to release it as a single. It was a milestone for us. Every musician wants to do something of lasting quality, something which will hold up for a long time and I guess we did it with ‘Stairway.'” – Jimmy Page

If Led Zeppelin released this song and nothing else, they will still secure their spot in the rock ‘n roll pantheon. This is one of the proofs that the band members are all musical geniuses. They never shied away from doing what is unconventional and they enjoyed taking risks which, as we already know, ultimately paid off.

So if you want to know more about “Stairway to Heaven” and why it’s never easy playing it or if you just wanna know why you can’t seem to get it right, check out the video below…