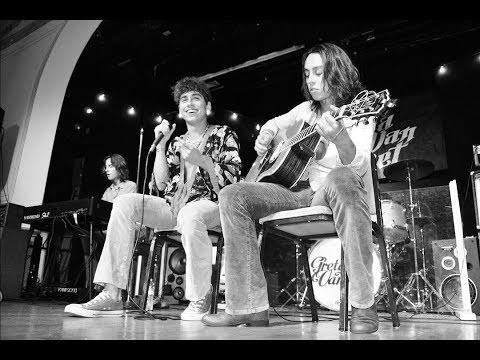 In the video below, someone compiled these Led Zeppelin covers of Greta Van Fleet and certainly a lot of people who’ve seen it we’re blown away (as I have read their comments). We’ve known this band for quite some time now, and ever since they released their LP “From The Fires” a lot of people were comparing them with the renowned legends — on the comparison to Led Zeppelin, the group’s frontman Josh Kiszka said, “We’ll take it.”

This band has certainly made a lot of classic rock fans happy ever since they came into the scene that they are trying to keep the classic sound around while some have mixed feelings that they should be more original. But in my humble opinion, they absolutely sounded great not only with these cover songs of Led Zeps but also on their originals.

Watch the video below it’s all worth it. This is what some people have been hoping for since they’ve heard Greta Van Fleet. Take note that not all drummers can do what John Bonham did for Led Zeppelin, they were not that easy but after watching this you got to give it to the drummer – props to him!