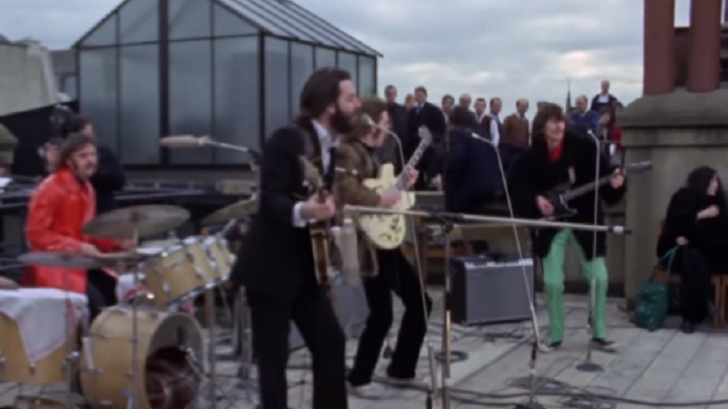 This Wasn’t Easy To Make

Who can forget The Beatles’ iconic Apple Records rooftop concert? The impromptu performance was more than just the final performance of The Fab Four, it also marked the end of an era. This is why we always tend to feel some sort of nostalgia each time we watch the music video for “Get Back.” And so, someone decided to make a few edits and create an alternate MV by adding some outtakes.

According to the maker of this video (who we’re going to assume is a huge Beatles fan), it took him days to finish this. Now that’s what you call dedication.

Anyway, here’s a not-so-fun fact: While “Get Back” was written by Paul McCartney and meant to be satirical, John Lennon had other thoughts – he thought it was a jab towards Yoko Ono.

“I think there’s some underlying thing about Yoko in there. You know, ‘Get back to where you once belonged.’ Every time he sang the line in the studio, he’d look at Yoko. Maybe he’ll say I’m paranoid. You know, he can say, ‘I’m a normal family man, those two are freaks.’ That’ll leave him a chance to say that one.” – John Lennon

It’s a lovely video – a must-watch for everyone. And kudos to the creator for his patience in making this.