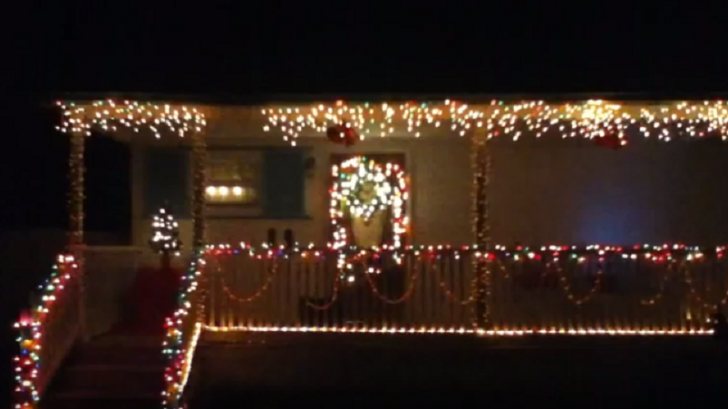 This guy just took his Christmas display to another level – he must have been looking forward to it all year long!

Imagine having this kind of creativity for all your neighbors to see. He probably thought traditional Christmas tunes were a bit overrated so he went for the next best thing – adjusting the lights to the tune of a classic rock song. Who would have thought Pink Floyd’s “Money” would sound this festive?

With its rather unusual time signature, this was the band’s first huge hit in the United States.

“Money interested me enormously. I remember thinking, ‘Well, this is it and I have to decide whether I’m really a socialist or not.’ I’m still keen on a general welfare society, but I became a capitalist. You have to accept it. I remember coveting a Bentley like crazy. The only way to get something like that was through rock or the football pools. I very much wanted all that material stuff.” – Roger Waters

One look and you might think it’s the usual lights display but lo and behold, it’s absolutely badass when the music starts playing. Perhaps the only thing we don’t like about this is that it’s way too short for us – the video, anyway. We’d like to see the whole song especially with the sound effects and all!

“Money” is a fan favorite and it’s one of the most unique rock songs in existence. It’s nice to see someone get creative with it like this!

“‘Money.’ I’m not talking about the lyric. Just the quirky 7/8 time reminds me of Roger. It’s not a song I would have written. It points itself at Roger.” – David Gilmour when he was asked what Pink Floyd song reminded him of Roger Waters

Watch and enjoy! We’d definitely like to see more of this.