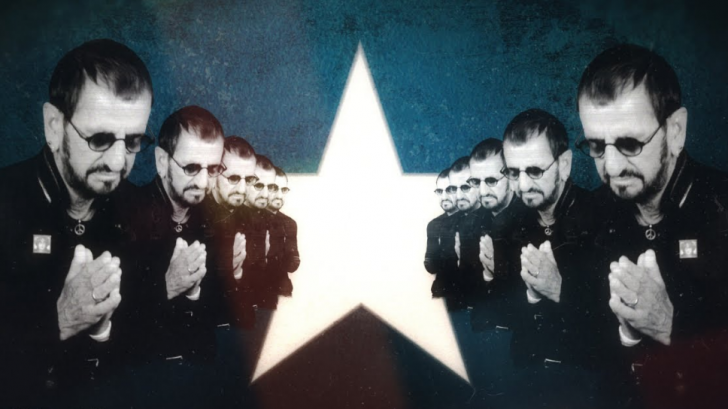 His song What’s My Name is incredibly overwhelming. It is the title track for his 20th studio album, What’s My Name recently released in October 2019 with his long-time All-Starr Band and written by one of his bandmates, Colin Hay.

“Well, I’ve seen it all from the mountains of Nepal to Reno, Nevada,” Ringo boasts, “I’ve taken all the falls, I was climbing up the walls and now it doesn’t matter/Nothing stays the same, but I’m still in the game/What’s my name? Ringo!”

What’s My Name? is a fun song where seasoned musicians performing at a full blast!

“I sang it the best that I could,” Starr said of the recording in a statement. “I do well up when I think of John this deeply. And I’ve done my best. We’ve done our best. The other good thing is that I really wanted Paul to play on it, and he said yes. Paul came over and he played bass and sings a little bit on this with me. So John’s on it in a way. I’m on it and Paul’s on it. It’s not a publicity stunt. This is just what I wanted. And the strings that Jack arranged for this track, if you really listen, they do one line from [George Harrison’s] ‘Here Comes The Sun.’ So in a way, it’s the four of us.”

With the Beatles, Ringo was known as the drummer, and never really had the chance to showcase his songwriting skills, because that was Lennon and McCartney thing.

“I used to write songs and I’d present it to the boys, and they would be rolling on the floor laughing because I’d just rewritten another song and hadn’t noticed it!” he told Dave Grohl in Rolling Stone’s Musicians issue.

Still, Ringo Starr, with What’s My Name? proves that he’s a great creator of lighthearted music. Of course, it’s not nearly close to “Strawberry Fields Forever,” but Ringo Starr is the only one can do a Ringo thing.