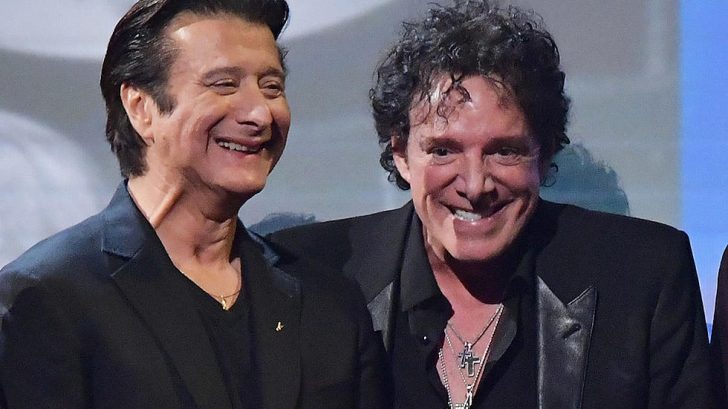 The former Journey vocalist Steve Perry has released a music video for his newest singe “No Erasin'”  off his upcoming solo album “Traces”.

“No-Erasin'” is also co-produced with Thom Flowers, and the album Traces contains nine new originals and a cover of The Beatles’ “I Need You.”

Traces is Steve’s third solo record and the follow-up to 1994’s “For the Love of Strange Medicine”.

“Years ago, I disappeared. There were many reasons, but mainly my love for music had suddenly left me. I knew that simply stopping was what I had to do if music was ever to return to my heart. Then and only then I would figure out what to do. If not… so be it. For I had already lived the dream of dreams. Many years passed. One day I began sketching some musical ideas with the creative freedom that I was the only one who would ever hear them. One song led to many. My love for music had returned. Then another beautiful thing happened. I found love.

My precious Kellie gave me a life I never knew I had. I lost her December of 2012. I now deeply understand the meaning of: ‘It’s better to have loved and lost than to have never loved at all.’

These songs are special to me. I respectfully ask that you please listen to them, and whatever they make you feel, I thank you for listening.”

Watch the music video below: