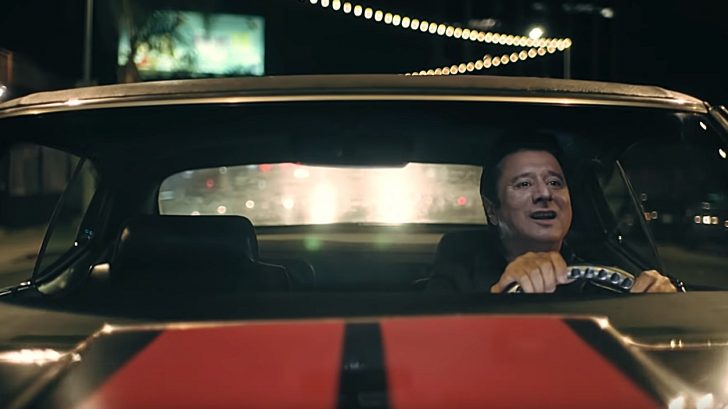 It feels like we’ve been waiting years for Steve Perry to make his long-awaited return to the music scene, and that’s because we literally have been. Steve, since leaving Journey, has been on a rather extended hiatus and has very rarely taken part in performing with bands in any capacity and proceeded to live his best life, which is the goal.

With that said, it was last year that he surprised everyone by dropping a new song called “No Erasin'” that quickly shot to the top of the trending tab on YouTube. Fans of his all over the world shared the sentiment that his return was well worth the wait, and we couldn’t agree more.

However, he wouldn’t stop there. He’s released several other singles since then and even dropped an entire album titled ‘Traces’. Needless to say, the album was a massive success. It truly does seem like he’s back in the swing of things in the music scene and we couldn’t be happier he looks and sounds as great as ever.

Take make things even more exciting, he has just released a brand new official music video which makes it the first one he’s released in 25 years.

What you’re about to watch is a music video for his song “We’re Still Here”. The video is simple, but powerful. Steve drives around the city and observes some very interesting things as he seems to ponder the simpler things in life himself.

The song itself is classic Steve Perry. Amazing singing with what sounds like an impeccable band backing him up. Take a listen to this amazing song yourself and let us know what you think!