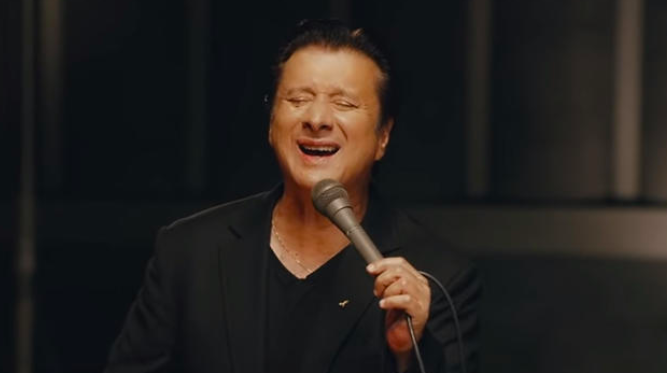 Advertisement
Advertisement
Steve Perry opens up about his new album Traces, the first record he is releasing in over two decades. Fans are excited to see Perry back on the loop as he also promotes the first single from his album, “No Erasin’.”In an interview with Q104.3’s Out of the Box with Jonathan Clarke, Perry reveals that although it was a tragedy that inspired his first solo album in over twenty years, there is more to his music than just sad songs. Perry says that the album depicts the highs and lows from his life as he shares,
Advertisement

“It’s not all sadness and loss. The album is really, really sort of happy moments. It just opened up my heart to the idea of writing again. When that happened, everything came out.”

That tragedy comes in the form of loss and grief when his partner Dr. Kellie Nash passed away in 2012 due to breast cancer. Perry says that it was his relationship with Dr. Nash and his subsequent loss of her made him realize again his passion for music. Perry goes on to discuss that Traces has been in the works for about four years. And in those four years, he says,

“I had not sang either in the time gone, so I had to start working on that. ‘Cause it was dormant,” he confirms.

Perry also described the meaning behind the album title Traces and his journey back to the industry,

“If you look at the cover, the cover represents kind of what the music is about.  There’s traces of emotion, traces of my past, traces of iconic images which connect to my past on the cover, and those are all in the album, too.  The album’s full of happy songs, sad songs, R&B songs, some real painful songs, and some real joyful things. But the main thing is it took awhile for my heart to really love music again and to feel safe doing that.  I know that sounds crazy, but I was a little bit damaged from the experience of leaving [the music business] and not wanting to go back, and then I met [my girlfriend] Kellie. Kellie Nash was a wonderful gal, and when I met her, she already had stage four breast cancer, but we were inseparable…I watched her lose her battle with that, and so about two years or more was the grieving process for me, with some professional help even.  And then, music returned, and I started writing. It just…the floodgates opened.”

Check out his revealing interview below: