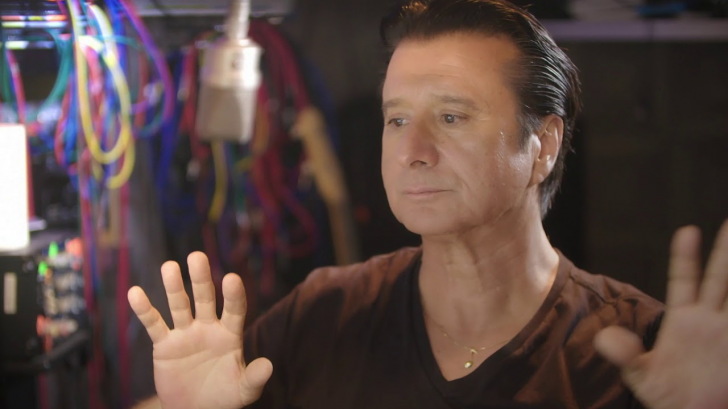 Steve Perry will release new music this year as a celebration of the first anniversary of his comeback album Traces.

Former Journey frontman is set to unveil a Christmas surprise to release new music for the holiday season and hints that new other projects are coming.

“TY for receiving it w/ such kindness,” Perry tweeted “More to come incl Xmas music this yr. TY for ur support & acceptance of this new music. TY to my label Fantasy Records for their constant support. It wouldn’t be possible w/o all of you!”

1 yr since Traces my 1st record in 25 yrs was released. TY for receiving it w/ such kindness. More to come incl Xmas music this yr. TY for ur support & acceptance of this new music. TY to my label @fantasyrecords for their constant support. It wouldn’t be possible w/o all of you! pic.twitter.com/92iQXcsWY7

Perry had been performing for two decades now after leaving his band, Journey. He wasn’t quite sure at that time that he’d return to music:

“I went back to my hometown and hung out with friends,” he explained. “I rode my motorcycle on these country roads on the outskirts of Fresno, where I was born and raised. … There was something cathartic about just stopping.”

Traces that was released on October 5, 2018, marked his comeback and was inspired by his experience with his girlfriend Kellie Nash for 18 months who died of cancer in 2012.

“One night we were talking and she said, ‘Honey, I need to ask you a question. … If something was to ever happen to me, make me a promise that you won’t go into isolation again. … I think it would make this all for naught.’ And I thought, ‘All for naught? That is such a huge statement,’” he recalled. “I mean, she’s looking at the arc of her life, and then meeting together, and then maybe us not being together, and her going. This like a huge, huge moment, and I just said, ‘I promise.’”