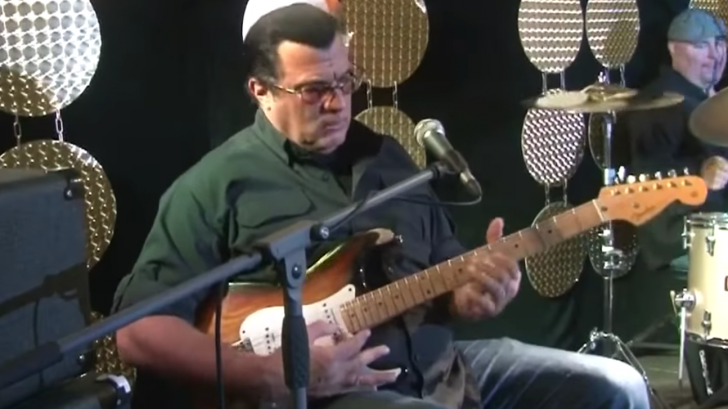 Steven Seagal. Most likely you’re a fan of his movies. He’s just one of those actors that makes cheesy, yet entertaining action films where he plays the calmest, alpha badass there is. A man of many martial arts talents, who knew that he could sing AND play the blues? While skimming around YouTube, we found a clip of him jamming out with his buddies and was pleasantly surprised. He can play. Now, one thing questionable is that thumb-picking technique. One thing that also stands out is how small that Strat looks on him. Remember, Seagal is a big man standing at 6’5″.

There is something we did notice though. And that’s Steven’s picking technique. You don’t really see this too often, where he uses only his thumb to pick. There are some downsides to this style. It sounds a little “muted” and it doesn’t seem you can really get the full sound out of the guitar. It’s a Strat! To each their own! Still pretty cool to see a movie star with other talents!