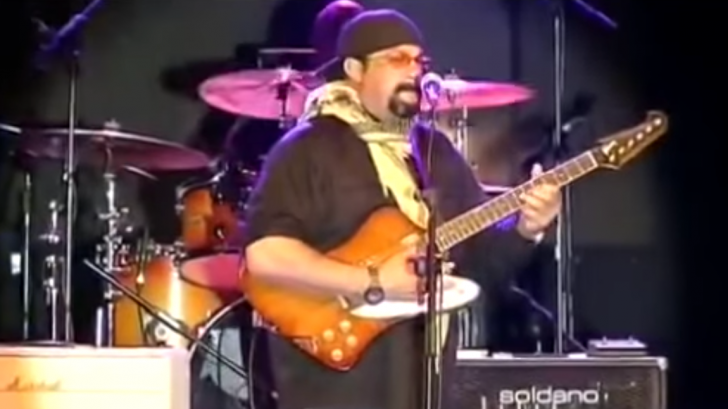 Chances are, you’ve probably already seen one or 7 of his movies. You know, the big, calm, macho guy who can take down legions of men with a simple judo chop. But did you know the guy has been playing guitar for over 50 years? Turns out he’s into the blues.

We’ve been scouring the Internet lately finding multiple videos of Seagal pouring his heart out on the axe and he’s pretty dang good. He can hang and he even likes to play with a couple bands. But there’s one thing we did notice. And that’s his guitar-picking technique. Very interesting LOL. Seems like likes to use his thumb primarily.

Ok so when we stumbled across this video we thought…wow this is going to be good. And we just noticed him playing the same lick over and over again. We thought his was going to be an epic solo. Boy were we wrong. LOL. It’s fine there is a catch, though, see if you can find it!…if you watch closely, you’ll realize it’s a joke by the video editor.