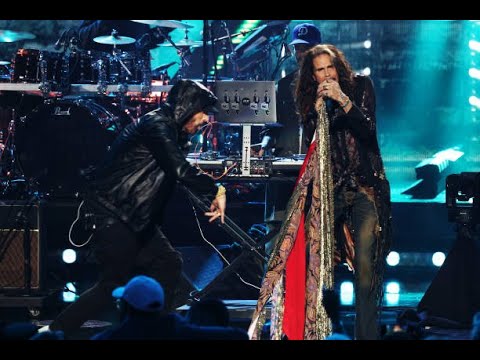 During Eminem’s performance at the Rock and Roll Hall of Fame induction ceremony, Steven Tyler unexpectedly made an appearance.

One of the awardees for the evening was Eminem, who was inducted in only his first year of eligibility. Before hitting the stage for a performance that spanned his career, mentor and longtime colleague Dr. Dre introduced him.

A short excerpt from 1999’s “My Name Is,” which introduced Eminem to a wide audience, opened the concert. The next song he played was “Rap God,” one of the best songs on The Marshall Mathers LP 2 (2013).

The third track was “Sing For the Moment,” a popular hit from The Eminem Show, a 2002 album. While Joe Perry re-recorded his guitar part, the song notably featured a sample of Tyler from Aerosmith’s 1973 hit “Dream On.”

During this moment, Tyler unexpectedly appeared on stage to perform with Eminem. Tyler, who was honored into the Hall of Fame in 2001 alongside Aerosmith, did a good job playing his part and delivered his catchy lines throughout the song’s chorus.