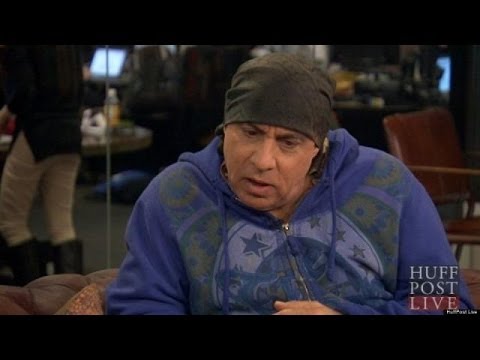 Listening to Little Steven’s Underground Garage for only $5 a week and taking in the numerous interviews while listening to the greatest rock songs chosen by Steven Van Zandt may sound appealing. Does that strike you as a little pricey? In any case, Van Zandt recently addressed complaints about the cost of his radio show on Twitter and asserted that it was much more than just a podcast.

In recent years, Steven’s SiriusXM radio show has developed a cult following because even the average rock fan enjoys a good, old-fashioned radio podcast now and then. However, some of Steven’s critics were dissatisfied with the membership costs and were admirers of Van Zandt. For instance, one fan noted on Twitter that not everyone could afford to turn on the radio.

This ain’t just radio baby. This is Little Steven’s Motherfucking Underground Garage! SXM is $1 for 3 months then $5 a week for raising your quality of life about 1000%. You can’t afford to NOT have us in your life! https://t.co/AqL8W95Rcp

Another admirer then asked him if the pricing was an error or if they actually had to pay $5 every week, to which he replied. In response to the tweet, Van Zandt said there was another option for people who couldn’t afford to watch the show.

That’s all it is! And if you can’t afford that, my weekly 2-hour syndicated show where it all started is on like 80 stations in the US including Q104 in NY Sunday nights at 10:00. https://t.co/EBNrV3Fhys

Steven’s program was much more than just radio to him. The podcast listening experience for the audience makes the subscription price worthwhile. After all, with mainstream music shifting to other genres, there aren’t much good radio shows left for rock fans in today’s world.