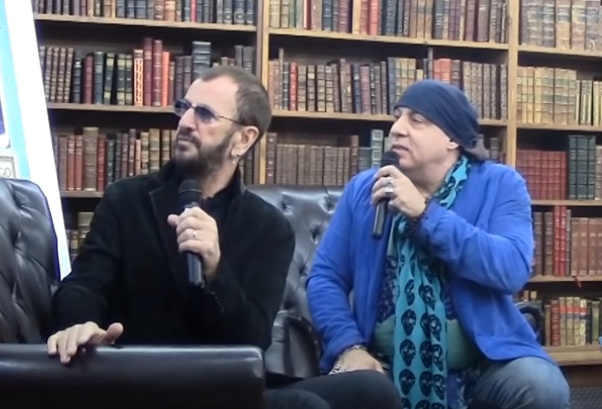 John Lennon, Paul McCartney, and George Harrison were the founding members of the Beatles, but Ringo Starr joined them in 1962 after leaving Rory Storm and the Hurricanes. While on tour with the Hurricanes in Hamburg, he had previously met the other Beatles members. Fans first reacted negatively to Starr since they liked Pete Best, but they later warmed up to the drummer.

In a recent interview, Steven Van Zandt spoke about his meetings with Ringo Starr and recalled a conversation regarding the drummer’s early career. Starr, a member of Rory Storm and the Hurricanes, didn’t have great hopes for the band’s musical efforts. He didn’t think they would have been able to get a record deal. He considered relocating to America because he wanted to become a cowboy.

The musician felt that the United States may have offered him greater chances for his music. He made many attempts to immigrate but was unable to do so since he did not follow the necessary steps. Ringo Starr could not consistently attend school due to his dyslexia and other health issues. He remained in the UK as a result of his inability to complete the required paperwork.

“Once we had a conversation about the early days of Rory Storm And The Hurricanes and how it was all about the cowboy thing in Liverpool, the C&W names, the Chet Atkins licks. He told me he was going to emigrate when that band was demoing because they didn’t look close to a deal.

He was desperately trying to go to the States. He wanted to live in Texas and become a cowboy. The trouble was he was dyslexic: because he was so sick as a kid, he never went to school, and therefore he couldn’t fill out the official forms. That was the only reason why he didn’t emigrate, which was funny. Talk about f*cking destiny or karma. I believe his next band did alright.”

The guitarist for the E Street Band jokingly said that Ringo’s follow-up group, the Beatles, performed well in the music industry. Therefore, it is fair to claim that Starr’s unsuccessful attempt to emigrate altered the course of the Beatles’ career because any other drummer would likely lack the seamless chemistry he had with the rest of the group.