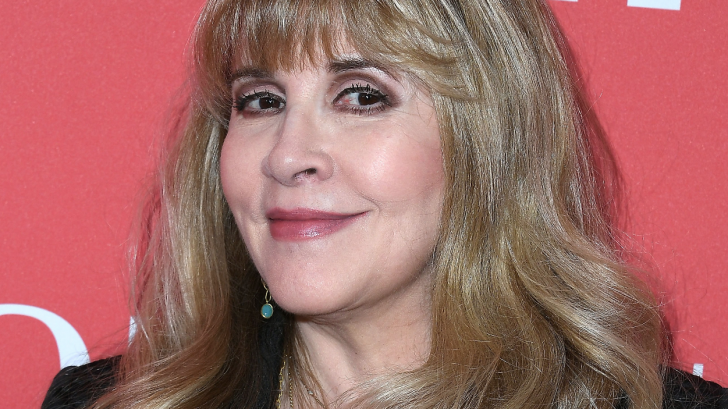 Nicks Makes Announcement Ahead Of Induction

Tonight, Stevie Nicks will step into legend as the first ever two-time female inductee into the Rock and Roll Hall of Fame. When news of her impending induction came in December, she was understandably a little verklempt; after all, how do you respond to receiving rock’s highest honor after devoting your entire life to your craft?

I have a lot to say about this~ but I will save those words for later. For now I will just say, I have been in a band…

Stevie offered up a brief statement promising something lengthier once she got her thoughts together, but fans were left wondering: is she going to take time out of her busy schedule to celebrate her induction? If she does, how?

This week, we got our answer – and it’s so Stevie Nicks, it hurts.

Instead of endless parties and celebrations, Stevie is plotting the release of two separate Stand Back collections.

With the first slated for a March 29th release – coincidentally, the same day as the Rock and Roll Hall of Fame Induction Ceremony – and the second installment to be released a few weeks later on April 19th, Nicks finds herself looking back on a solo career that spans nearly 40 years with songs like “Edge of Seventeen,” “Stand Back” as well as iconic Don Henley and Tom Petty and the Heartbreakers duets “Leather and Lace” and “Stop Draggin’ My Heart Around,” respectively.

Still, the magic doesn’t stop there. In addition to the Petty and Henley duets, the second Stand Back collection even offers two other well loved favorites from the vaults: Stevie’s “Whenever I Call You Friend” duet with Kenny Loggins and Walter Egan’s “Magnet and Steel”.

Here’s a look at the full track listing:

Disc Two1. “Stop Draggin’ My Heart Around” – with Tom Petty & the Heartbreakers2. “Leather and Lace”- with Don Henley3. “Nightbird”4. “I Will Run To You” – with Tom Petty & the Heartbreakers5. “Two Kinds Of Love”6. “Whenever I Call You ‘Friend'” – with Kenny Loggins7. “Magnet & Steel” – with Walter Egan8. “Gold” – with John Stewart9. “Too Far From Texas” – with Natalie Maines10. “Sorcerer”11. “You’re Not the One” – with Sheryl Crow12. “Santa Claus Is Coming to Town” – with Chris Isaak13. “Cheaper Than Free” – featuring Dave Stewart14. “You Can’t Fix This” – with Dave Grohl, Taylor Hawkins, and Rami Jaffee15. “Golden” – with Lady Antebellum16. “Blue Water” – featuring Lady Antebellum17. “Borrowed” – with LeAnn Rimes18. “Beautiful People Beautiful Problems” – with Lana Del Rey

If this isn’t the most Stevie Nicks way to celebrate a major milestone, I don’t know what is!