Christine McVie, a longtime vocalist, and keyboardist with Fleetwood Mac passed away last week. Co-lead vocalist Stevie Nicks has published a handwritten letter written in memory of her late bandmate.

McVie and Nicks had a special bond that went beyond their roles as bandmates and endured for decades. As Nicks describes the day they first met in 1975 and how their relationship was able to overcome the barrier of Fleetwood Mac, that friendship is plainly evident in her words.

“A few hours ago I was told that my best in the whole world since the first day of 1975, had passed away,” Nicks writes. “I didn’t even know she was ill… until late Saturday night. I wanted to be in London; I wanted to get to London – but we were told to wait. so, since Saturday, one song has been swirling around in my head, over and over and over. I thought I might possible get to sing it to her, and so, I’m singing it to her right now. I always knew I would need these words one day.”

See Nicks’ entire letter in the section below. 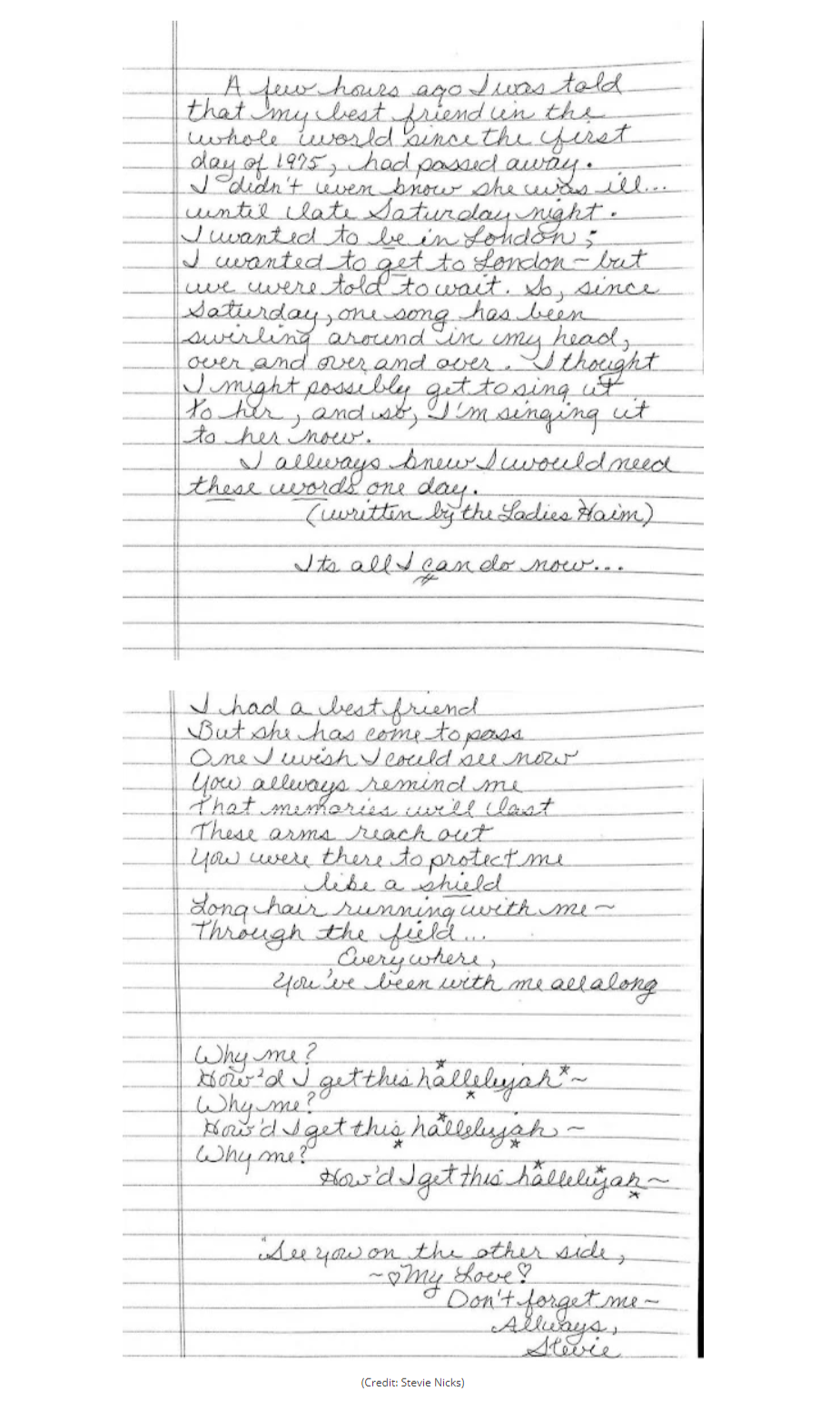