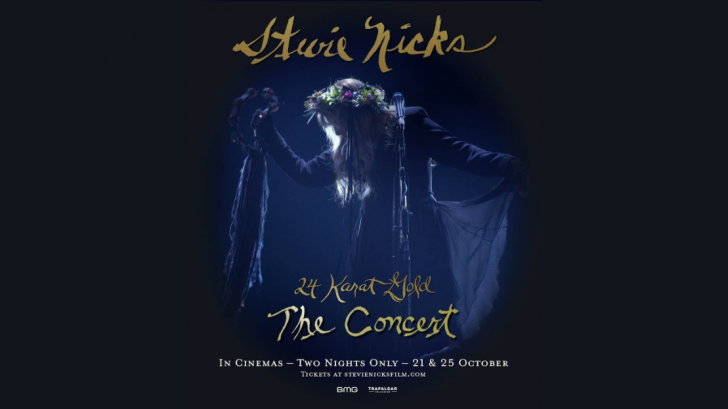 Stevie Nicks releases a preview clip of her performance of the 2011 track, “Moonlight (A Vampire’s Dream)”, before the upcoming cinema debut of her new live movie, “Stevie Nicks 24 Karat Gold The Concert.”

The song from Stevie’s seventh studio album, “In Your Dreams”, is one of the tunes highlighted in the concert film, which presents footage from her 2016-2017 stint in support of her 2014 set, “24 Karat Gold: Songs From The Vault.”

The track follows Fleetwood Mac’s 1982 hit, “Gypsy”, and their 1975 hit, “Rhiannon”, as the third preview of the upcoming film.

Directed and produced by Joe Thomas, “Stevie Nicks 24 Karat Gold The Concert” will be screened in theaters around the world on October 21 and October 25; full information is available at StevieNicksFilm.com.