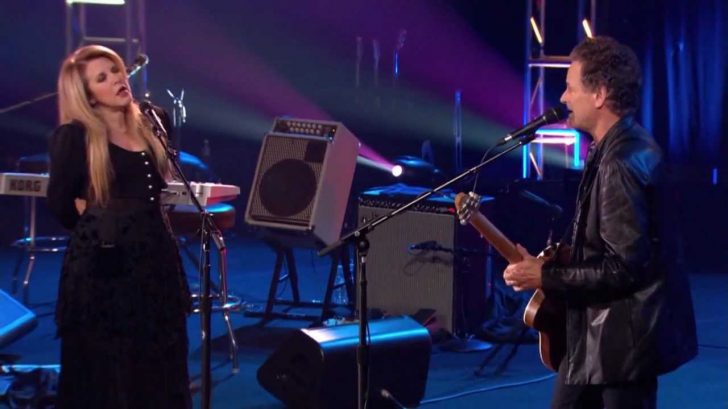 Nicks spoke on Lindsey Buckingham’s earlier influences and his unique position in the band when asked about the different musical backgrounds of Fleetwood Mac members. Stevie felt that her ex-bandmate embodied the “rock and roll” attitude of Fleetwood Mac. She highlighted how the guitarist’s future career had been influenced by the fact that Lindsey’s brother had acquired the musician’s early “rockabilly” CDs.

Early introduction to rock had an impact on the guitarist’s tunes, which allowed him to establish his position in Fleetwood Mac. As per Nicks, Lindsey was a huge fan of 1950s music. The Kingston Trio, one of the guitarist’s influences, may be heard in his works. The lead singer said that Lindsey was more musically influenced than she was.

Regarding Lindsey Buckingham’s involvement and musical history, the singer said the following:

“Lindsey’s our rock and roll, I don’t want to say country really, but say rockabilly writer, because his brother brought him all these rockabilly records when he was really little kid. He was just entranced, I think, in all of the 1950s music. That’s where he came up through, and then he’s flipped over to The Kingston Trio. He had a whole bunch of influences that I really didn’t have.”

Each member of Fleetwood Mac contributed something special to the group. The band’s professional success may be attributed in part to this diversity. Stevie Nicks seemed certain that Lindsey Buckingham was essential to the band’s rockabilly-influenced “rock and roll” attitude and that they couldn’t have succeeded without him.