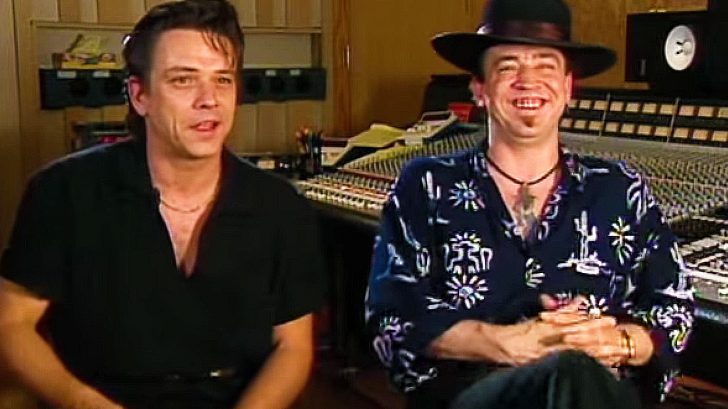 Shortly before his death in 1990, Texas blues legend Stevie Ray Vaughan went into the studio one last time for the most important and deeply personal album he’d ever record: the long awaited Family Style, a collaboration with big brother Jimmie Vaughan that was decades in the making.

With a personnel list that boasted the talents of everyone from friend and drummer Doyle Bramhall to producer Nile Rodgers, Family Style summed up a relationship between Stevie and Jimmie that even in death would prove to be unbreakable.

“With this record, we just wanted to do all of the stuff that we’ve been wanting to do for years and years. It’s like the record company gave us a blank canvas and some paint and said, ‘Okay, what are you gonna do?'”

Luckily, their time in the studio was documented in the form of an amazing interview peppered with shots of the brothers actually trading licks and laying down guitar tracks in the booth.

In true Vaughan fashion, the brothers are both incredibly funny and incredibly warm as they share stories of their childhood in Dallas, their shared love of the blues, and of how they recorded Family Style:

Stevie On His Relationship With Jimmie

“We’ve probably gotten closer making this record than we have been since we were little kids at home…and I needed it. I can honestly say I needed it.”

If you’ve ever wondered what a day in the studio looked like for the Vaughan Brothers, look no further – this studio footage from the Family Style recording sessions is a great glimpse into a great album and an even greater bond between Stevie and Jimmie!