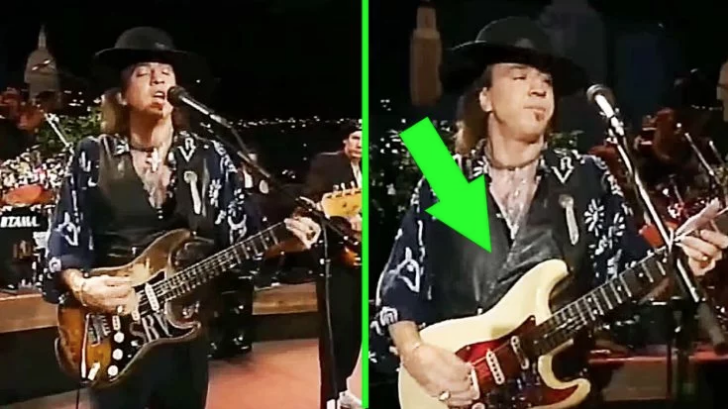 The late, great guitar legend Stevie Ray Vaughan was a master musician. His guitar work was nothing short of impeccable and his improvisational skills were the stuff of legend. It only took one live performance for people to realize that he was a definite future legend.

If you saw this man perform live and in color, you were one of the lucky ones. But let’s talk about his stage work. Not only was he a great musician, he was an exceptional showman. He had charisma and swagger like nobody else. Both of which helped greatly during this performance of which we have a snippet of that you’re about to see.

What you’re about to watch is a clip in where Stevie Ray Vaughan breaks a string mid-solo and needs to switch guitars. With the help of his guitar tech, he is able to pull off the smoothest guitar switch, maybe ever. See for yourselves!