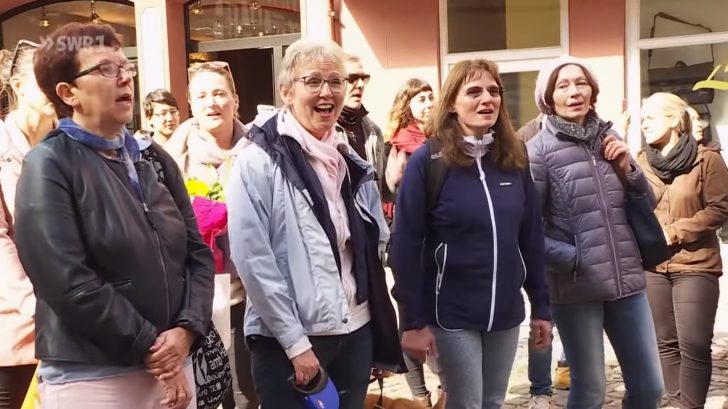 I Would Love To Have Been There!

Imagine being there and only to witness such a wonderful thing: A flash mob who performed a mesmerizing cover of Stairway To Heaven.

This is what happened to a crowd of unsuspecting tourists who were treated to an outstanding rendition of Led Zeppelin’s finest!

Watch the six-minute clip video below that was shared on Facebook by Superstar Magazine.

The performance begins with one man, who seems to be a busker, playing his acoustic guitar before two other joined him.

The woman was later joined in by a man who sings the next verse of the song, then a full band seems to appear out of nowhere and starts jamming in.

Watch the video below and be amazed!