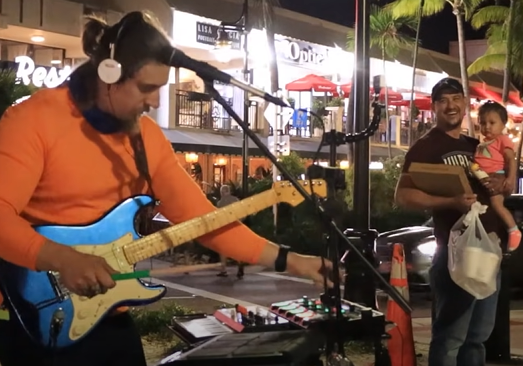 When we talk about LYNYRD SKYNYRD, the anthological “Sweet Home Alabama” certainly comes to mind. Right?

But in the video below, a passerby requested a Lynyrd Skynyrd song, and it’s not Free Bird, but Simple Man.

Well … Let’s not forget that this great southern American band has done much more than that in their valiant career. Classics like the fantastic “Call Me The Breeze”, “Saturday Night Special”, and the incredible ballad “Tuesday`s Gone”, re-recorded by Metallica, came out of the same oven.

However, another song by the guys deserves even more prominence. It is one of the greatest songs/compositions in the history of rock and roll.

The stupendous “SIMPLE MAN” was composed by then LYNYRD frontman Ronnie Van Zant and guitarist Gary Rossington for almost 37 years. The song was the last on the A-side of the band’s first album, whose recording ended on 4/30/1973.

Fortunately for all of us rock lovers, LYNYRD managed to record it before the plane crash that killed three of the band members, including Ronnie, and the legacy of the song ended up perpetuating itself.

Keep going for the video below and watch the amazing performance of the street performer covering Simple Man as requested by a viewer.