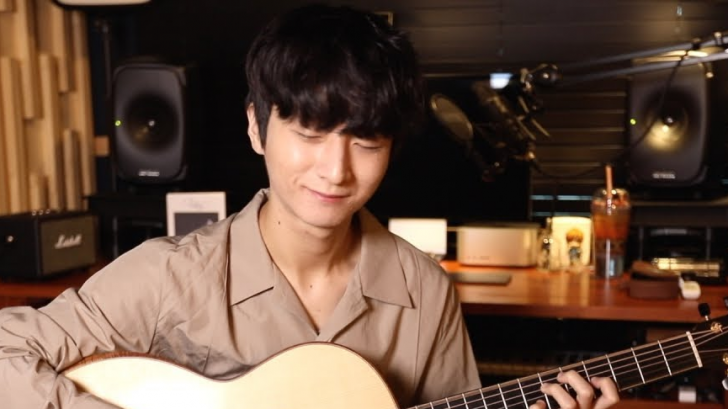 If you recall, “Sungha Jung,” a young kid who gained notoriety internationally in 2006 for his fingerstyle guitar performances, has maintained his love and appreciation of guitars throughout his life, beginning when he was just 9 years old and continuing all the way up to the present day, when he is 26.

Sungha wishes to be referred to and termed simply as a “Guitarist,” despite the fact that everyone has been hailing him as a “Guitar Prodigy.” He enjoys unending love and support from fans because of his humility in contrast to his wonderful, ever-improving musical talent, and as of right now, his YouTube channel has more than 6.96 million followers.

In addition to performing a variety of cover songs as ear pleasure on YouTube, his ambition of being a professional acoustic fingerstyle guitarist is still very much alive. He has never failed to impress fans with the release of his own compositions.

In a new video uploaded by the guitarist, he did another guitar rendition of “Hotel California” by the Eagles. This new rendition provides a very epic performance since he played every section simultaneously, including the tempo, groove, fills, melody, and a few of his own additions. A million views are due.