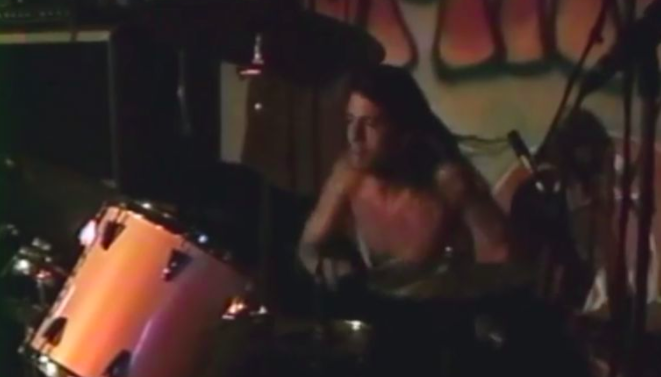 Dave Grohl was only 21 years old when he joined history-making grunge-rock band Nirvana and footage of his first gig with the band has just surfaced much to the delight of his avid fans. Before joining Nirvana, Grohl was the drummer for the band Scream, but they dissolved in 1990 right after Grohl recorded their fourth studio album No More Censorship with them. It was in the same year that Nirvana bassist Kris Novoselic discovered Grohl and said, “We knew in two minutes that he was the right drummer”. Grohl replaced  Nirvana’s then-drummer Chad Channing(and Dale Crover, who’d been filling in since Channing left) on September 25, 1990 and not even a month after, he was already playing with the band as their newest addition. Grohl would also be the last drummer of Nirvana after the band broke-up following Kurt Cobain’s suicide.

The young drummer played live with Nirvana for the first time at the North Shore Surf Club in Olympia, Washington and in this video he can be seen crushing “Love Buzz” from their debut album Bleach. This is the band during their pre-Nevermind era and we can see the punk vigor radiating from a young Dave Grohl.

Check out some rare footage of the performance below: