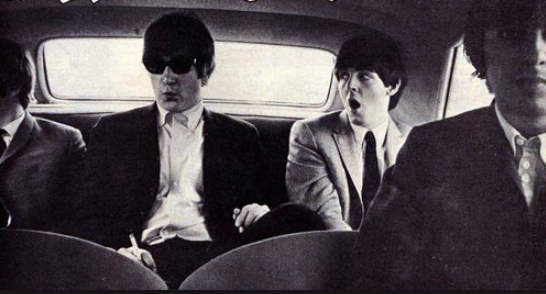 Can’t buy me love but can buy me photos

An auction in England recently sold rare unseen photos of the Beatles from their first U.S. tour in 1964 for a jaw-dropping $358,000.

There were 413 negatives available for bidding and 350 of those negatives have never been published before. The photos were taken by American photographer Mike Mitchell who was only 18-years old when the legendary band came to the U.S.

Mitchell photographed the Fab Four during their first U.S. concert in Washington, D.C., on February 11 of 1964, then again in Baltimore on September 13 of the same year.

Omega, the auctioneers of the collection, stated,

“The resulting negatives, taken only with ambient light, since Mitchell had no flash, were put away in a box and sat for decades in his basement. The advent of digital technology allowed them to be fully realized as luminous records of this historical moment. The photographs are intimate, due to Mitchell’s proximity to the band; they are moody, the result of existing light; and they are innocent, reflecting a time of heightened optimism.”

Paul Fairweather, one of the Omega auctioneers of the photo collection, added:

“This is an incredible archive. The unique combination of perspective and light sets them apart from any other Beatles photographs of that period. This was reflected in prices achieved for a small selection of prints in 2011, so for the entire archive to be sold with copyright, this is a unique opportunity for collectors and investors alike.”

Watch the photographer Mike Mitchell talk about photographing the Beatles below: