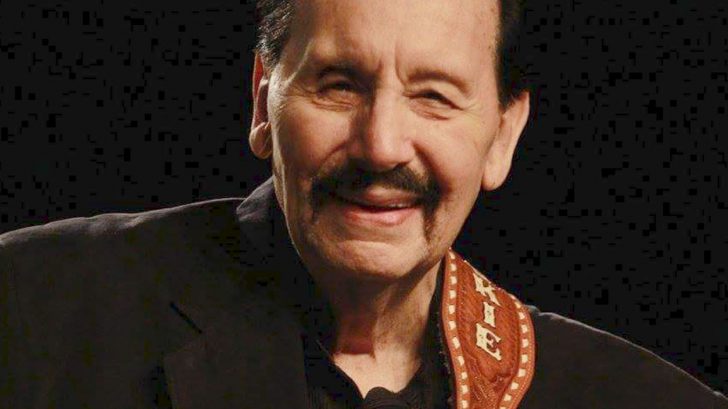 Nokie Edwards, best known for his work with surf rock titans The Ventures, has died. He was 82.

The news was confirmed by Edwards’ former bandmates, who took to their official website to release an official statement, revealing that the late guitarist’s death was caused by an infection after his December 2017 hip surgery.

“We have been advised this morning that Nokie Edwards passed away today after several months battling an infection after hip surgery this past December,” the statement begins. “The Ventures family feels this loss very deeply: Nokie has been part of the Ventures’ history for almost 6 decades and helped to shape the early Ventures’ sound and the success of their career.”

He was an innovator and one of the greats on guitar, so much so that he influenced many young players over the course of his career. Born in Lahoma, Oklahoma with Cherokee roots, he found his way to Washington State where he met Bob Bogle and Don Wilson and began playing and recording with The Ventures, initially on bass (because Bob was playing lead) but eventually taking over as lead guitarist for the group.

Nokie’s many accomplishments include composing and his song, Ginza Lights (Futari No Ginza) was one of the first of the Ventures’ Japanese hits – and is still a standard in Japan. Our thoughts and prayers go out to Nokie’s wife, Judy, and all family members, friends and fans. His music will live on.”

Born Nole Floyd Edwards on May 9, 1935 in Lahoma, Oklahoma, Nokie’s story couldn’t be told without mentioning his musical roots. His was a family of accomplished musicians who nurtured his natural affinity for music, already playing a variety of string instruments by 5; by the time the Edwards family headed to Puyallup, Washington, it was clear that Nokie’s love for music would one day take him to fantastic heights.

He met future Ventures bandmates Bob Bogle and Don Wilson in 1958, playing and recording with The Ventures as their bass player until ultimately taking over as lead guitarist for the group. It was with this lineup that Nokie’s talents were allowed to shine, composing “Ginza Lights (Futari No Ginza)” – one of The Ventures’ first Japanese hits, still a much loved favorite in Japan today.

We have battled all day with the words to share regarding the loss of Nokie Edwards. He was not only an extremely…

With dozens of singles, hundreds of albums and a special spot in the heart of Creedence Clearwater Revival main man John Fogerty, it’s no wonder Nokie Edwards is so beloved among rock fans and guitarists the world over. The Rock and Roll Hall of Famer was an integral part in a band affectionately known as “the band that launched a thousand bands,” inspiring millions with his pioneering approach to the guitar.

Nokie Edwards is survived by his wife, Judy, a loving family, and countless friends and fans all over the world.