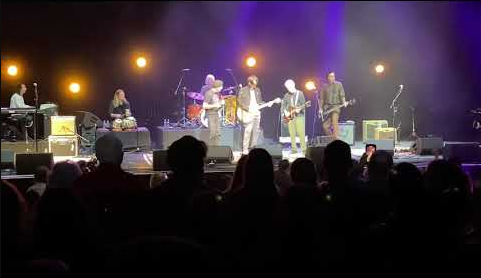 Surviving members of the Doors reunited last January 23 for a cause – a charity concert in Los Angeles to raise funds for the homeless in California.

Rolling Stone reports the rare reunion of the Doors and the performance of guitarist Robby Krieger and drummer John Densmore. Both were joined by Nirvana’s former bassist, Krist Novoselic. The show took place at the first-ever “Homeward Bound” concert, organized as a fundraising event for PATH (People Assisting the Homeless), a non-profit organization focusing on developing homes for the homeless.

The Doors were rounded up by Willie Nelson’s youngest son, Micah, on guitar, and they opened up with the Eurythmics’ Dave Stewart and his daughter Kaya taking on The Doors’ chart-topping 1968 hit, “Hello, I Love You”; American Idol alum Haley Reinhart sang a pair of 1967 classics: “Crystal Ship” and “People Are Strange”; and, Michael Fitzpatrick from event openers Fitz And The Tantrums played along in “Riders On The Storm” before Micah Nelson moved to center stage for the finale of “Roadhouse Blues.”

A live auction was also conducted for the two guitars signed by all the performers which fetched a total of $17,000.

The Doors will premier the “Break On Thru – A Celebration Of Ray Manzarek”, a tribute to their late keyboardist, on February 12 in Cinemas.

Watch the performances below: