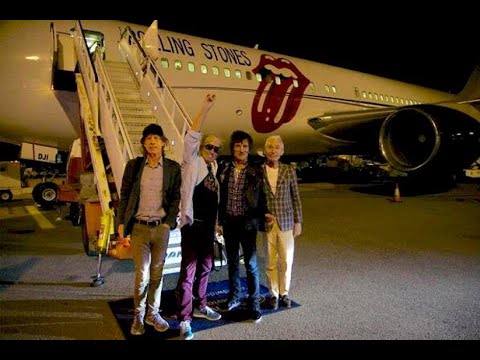 Legendary British band, one of the essential groups in the history of modern music.

The band’s commercial and artistic impact expands on its immense influence within the rock universe, with notable ancestry in the American garage rock ’60s, proto-punk, hard rock ’70s or the classic forms of rock’n’roll, the fundamental base of his compositions.

In 2003, they traveled by their private jet during the 40 Licks Tour. The video below, also includes a clip where Keith Richards showcased his favorite in-flight alcoholic drink. “Forty Licks” was released in 2002, the album also proved that the Stones where monster during  live performances and why they were one of the biggest live bands in rock’n’roll.

Keep going for the film footage taken from The Rolling Stones 40 Licks Documentary below: