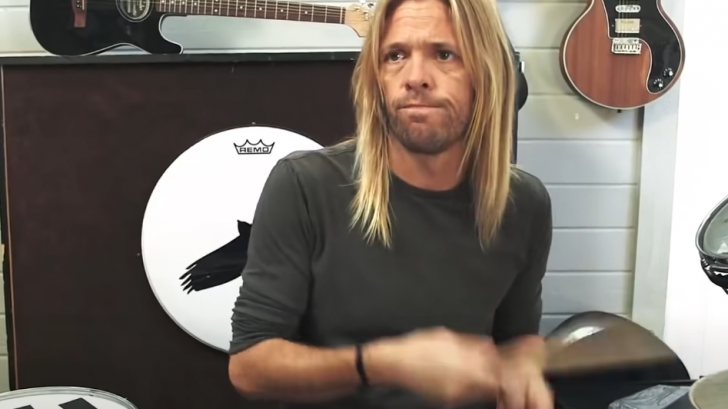 One of the biggest losses to rock & roll in recent memory was Taylor Hawkins. When his dazzling performances were complemented by his real friendliness off stage, Hawkins soon rose to become one of the most adored men in rock. He was a tremendous entertainer both as a drummer and as a singer. The Foo Fighters drummer wasn’t simply a drummer who played by the book; he frequently assisted in forging the tunes for the group in his own elevated vessel.

The drummer tragically passed suddenly last year, leaving a huge hole in the Foo Fighters, who will dedicate their opening night this week at Wembley Stadium to their lost comrade.

Although it might be tempting to view anything Hawkins produced with a sort of melancholy veneration, the reality is that Hawkins was never known to avoid controversy or examine his own work critically. Rock musicians aren’t free from self-criticism, and Hawkins frequently used the chance to consider the band’s songs since he was constantly trying to better both the band and his personal work. Usually, when doing so in the studio, he could unwind and enjoy himself, secure in the knowledge that he would probably be showered with gushing accolades after his release.

Although not all of the songs the musician has released have been warmly welcomed, records after records of hit songs have been released. The drummer had a certain song by the Foo Fighters that he loathed to death. The song was written by the still-young Foo Fighters earlier in their career for Colin Hanks’ 2002 comedy picture Orange County.

The group was tasked with creating a song for the upcoming movie, and the tune they ultimately turned in was titled “The One.” Hawkins, though, feels that the song doesn’t fit the group’s personality either then or today.

“I’ve always hated this song,” he revealed to Kerrang!. “I hate the way it sounds, the production of it; it was a total cop-out.”

“We were really trying to finish [fourth album] ‘One By One’. I liked the messed-up ugliness of that record, but we got asked by Tom Hanks’ son Colin Hanks to do the song for this movie called Orange County. Dave wrote it, I wasn’t crazy about it. It was straight-up pop – and there’s nothing wrong with that – but we were still trying to figure out how to be the Foo Fighters.”

The Jack Black-starring film, which explores life well before digital age took off, is gradually regaining cult status. Despite not being Hawkins’ favorite track, it does have a relatively close video that shows Dave Grohl acting out an Orange County setting. Additionally, it has Chris Shiflett trying out ballet, Nate Mendel studying to be a mime, and Hawkins, in typical Foos flair, taking up the violin.