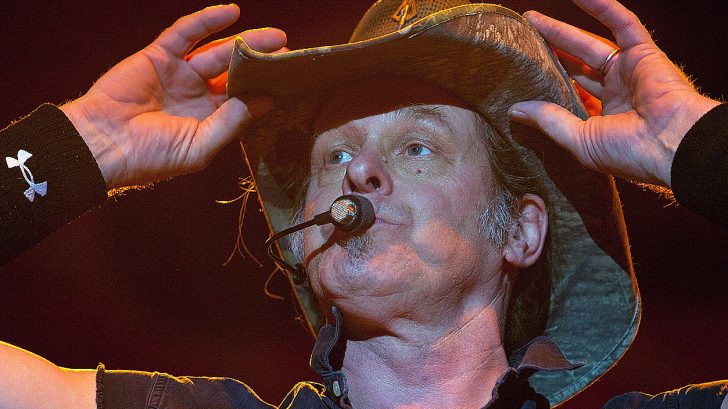 This Is Getting Uglier By The Minute…

With the tragic Parkland shooting still fresh in our minds, hardly anyone with any form of notoriety has kept silent on the issue. People are more divided than ever on whether or not there should be gun reform. One of the most vocal rockers on this issue thus far has been Ted Nugent. He recently put out a tweet addressing the issue…

And in a recent interview on ‘The Joe Pags Show’, Ted didn’t hold back when he talked about the survivors’ activism and being a proud member of the NRA. Here is what had to say…

“The level of ignorance goes beyond stupidity. We have no blood on our hands. No NRA member have ever been involved in any mass shootings at all. In fact the National Rifle Association is the lone organization that has taught firearm safety in schools, and for law enforcement, and for military, and for children’s organizations and family organizations around the country for 100 years. So once again, this poor pathetic individual is a liar.”

“The dumbing down of America is manifested in the culture deprivation of our academia that have taught these kids the lies, media that have prodded and encouraged and provided these kids lies. I really feel sorry for them because it’s not only ignorant and dangerously stupid, but it’s soulless. To attack the good law-abiding families of America when well-known predictable murderers commit these horrors is deep in the category of soulless. These poor children, I’m afraid to say and it hurts me to say this, but the evidence is irrefutable: They have no soul.”

As you could probably guess, Ted got a fair share of backlash for his remarks…

Did I miss anything?

Sorry folks! I have been suspended by Twitter for the past 12 hours. They didn’t like my tweet to Ted Nugent, Musician abd Spokesman for the NRA who was attacking Parkland Students. Good man to block!

…this is not an April Fools joke.

How eerie is that?

#ThingsThatAreOkToForget
The words to any Ted Nugent songs. Along with Ted Nugent.

I would like to challenge @TedNugent to a guitar dual.
If I win, he will forever keep his hateful comments about the Parkland kids and Obama to himself. If he wins, I'll give him back his soul or whatever else he wants. Please share this…for real. #nugentsucks #guitardual

“I’m afraid to say this and it hurts me to say this, but the evidence is irrefutable, they have no soul.”

These students are heroes. Those that have openly attacked them have declared warfare on kids and the very heart and soul of our nation.

And it just goes on and on and on. But where do you stand on this? Do you agree with Ted? Let us know in the comment section!