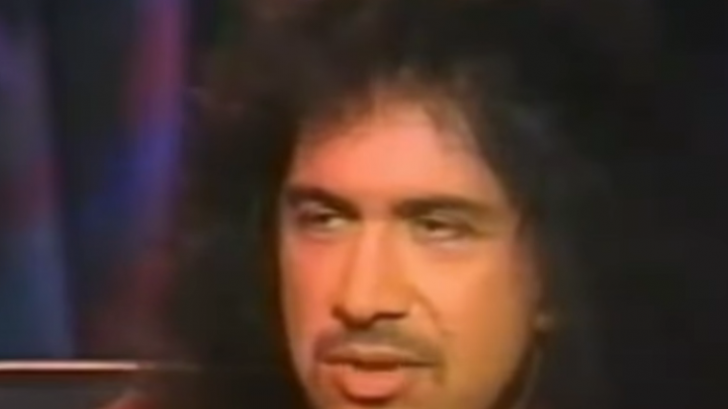 November 24, 1991, was fatal for rock and roll. In addition to Freddie Mercury, former Kiss drummer Eric Carr also died, which was ultimately forgotten by the media at the time. Paul Charles Caravello died at the age of 41 from heart and lung cancer.

Eric was the drummer who took the drumsticks left behind by Peter Criss in Kiss, and Carr did it with extreme proficiency. Criss was known as the “Catman” because he loves cats and paints himself as one during shows.

Carr was a self-taught drummer who was unknown to the general public. And that’s exactly what made him the chosen one. He played guitar, drums, bass, and piano, as well as was a songwriter. Carr was one of those responsible for giving KISS a harder rock face, which had lost some of its essence with two weak albums.

In this video, Howard comes across as a real jerk. He’s definitely taking advantage of the chance, which Gene and Paul certainly didn’t expect, to embarrass Gene as much as possible and force him to beg for forgiveness. Which, to his glory, Gene did not do.

We were fortunate to have Eric for what felt like a split second. He was a shining light who provided KISS with what they sought. He was a maestro on the drums. May his legacy remain a gift forever. Gene adored him and was prepared to fight for his honor.