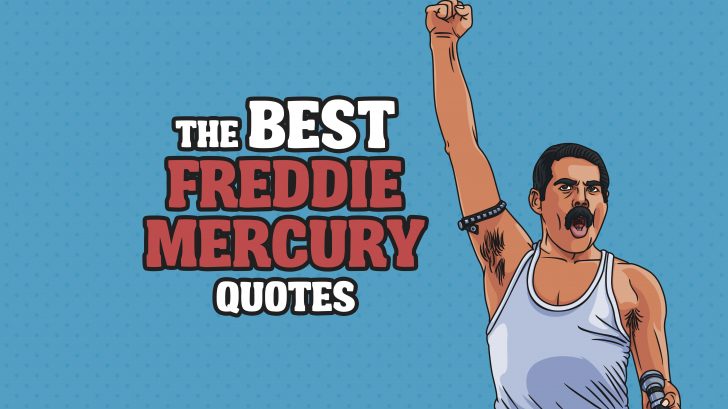 The Ever Legend Freddie Mercury

People would expect him to be really flamboyant every time he steps foot on stage, and of course, because he was quite a presence when he performs.

But behind all those antics, he was just rather shy and introverted. He was a very kind person who cared for everything that surrounded him, especially his friends and family.

There’s a reason he did a cover of the song “The Great Pretender.” It’s because he was.

No one would have guessed such a man of his stature would be just the opposite offstage.

Freddie was a gift to humanity, and below (quotes) only proves that he really was:

9. “My soul has painted like the wings of butterflies,

Fairy tales of yesterday will grow but never die,

7. “When I’m dead, I want to be remembered as a musician of some worth and substance.”

6. “If I had to do it all over again? Why not, I would do it a little bit differently.”

5. “The reason we’re successful, darling? My overall charisma, of course”

4. “The more you open up, the more you get hurt. So basically, I’m just riddled with scars and I just don’t want any more.”

3. “There’s one thing we’re all waiting for, it’s Peace on earth and end to war, it’s the miracle we need… The Miracle!”

2. “Oh, I was not made for heaven. No, I don’t want to go to heaven. Hell is much better. Think of all the interesting people you’re going to meet down there!”