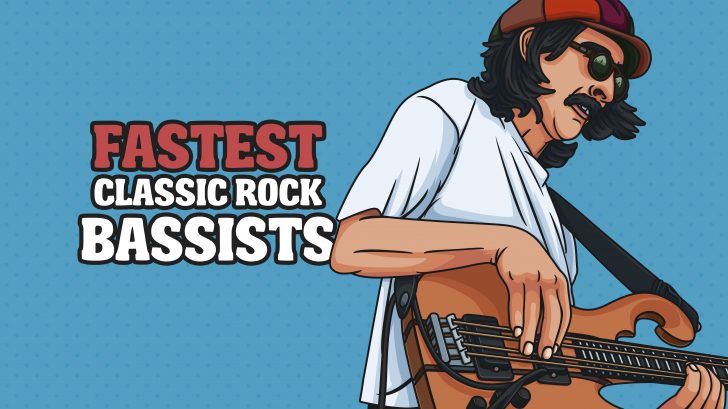 Without The Bass, A Song Is Not Complete

If you think that only lead guitarists can shred, then you’re mistaken. Bass players (and the best ones) does it too. Thicker strings, more distance between the frets, lower dynamic range? Well, it won’t be a problem for them.

Ramble On, Lemon Song, Dazed And Confused, Immigrant Song, Good Times Bad Times, Celebration Day… we can do this all day. The only reason he’s included here is that many bass players were influenced by him, and some of them are included in this list.

There are a lot of things he can do with his bass, and he absolutely revolutionized bass playing.

Steve Harris has co-written 120 songs out of the 150 Maiden songs and out of the 57 of them are solely written by him. Meaning, Steve Harris is IRON MAIDEN.

Inspirational is one thing but when you have the proficiency, skill, creativeness, & style then you are Geddy Lee.

He’s the only bass player who can play a 25 fret 6 string fretless bass without a sweat!

Technically PERFECT – and the only pick he needs were his two fingers to shred his way.

The only bassist who takes the luxury of playing a solo using a bass guitar.

Whatever Toni Iommi does with his guitar, Geezer Butler will do it on his bass but faster.

If it weren’t for Cliff Burton this guy right here would be the fastest bass player to ever play the bass.

His fingers were like picks! Oh no, wait! As Kirk Hammett would say, THREE PICKS! He could have been even better than he was if the accident didn’t occur. He was definitely a lost in the world of heavy metal.