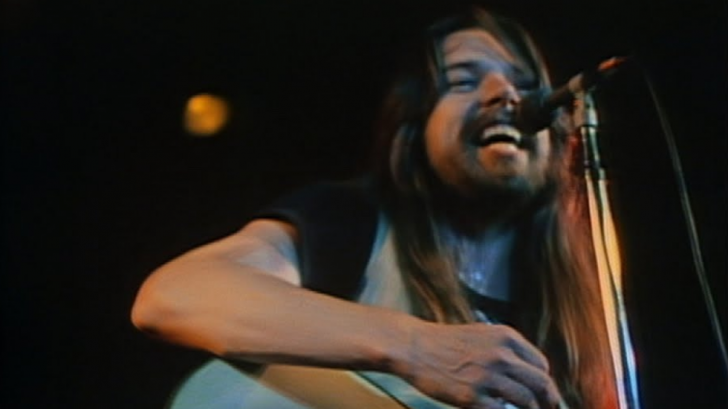 Despite the fact that the phrase “heartland rock” has a wide range of interpretations, the prevailing notion around the subgenre and its musicians is that they want to capture the real American experience. These musicians are of the opinion that rock can give something profoundly communal with complex, persona tales, whether that be with Laurel Canyon folk, murky blues, or a beefy country feel. We look back at the The 10 Greatest Rock Songs About The American Experience:

As per Mellencamp, the tune was initially influenced by Tennessee Williams’ 1966 movie Sweet Bird of Youth, but when record labels were reluctant to release a song about interracial love, Mellencamp altered the lyric to be about two typical midwestern young teens growing up—a well-known story that people across the nation can relate to.

Rock and roll, in Seger’s opinion, is the answer to all problems. Seger has an Americana groove and a rolling guitar riff to carry you through whether you’re terrified of growing up or the news has you depressed.

The song, which is purportedly about a student who allegedly leaped from the University of Florida bell tower in Petty’s hometown, is about a girl who longs to experience a little bit more life somewhere else. Whether or whether the narrative is based on reality, everyone who has ever fantasized of “getting out” might find some solace in “American Girl.”

A smart analogy between love and a perilous journey down the highway is made in “Hold On Loosely,” which joins the discourse with the Eagles’ “Life in the Fast Lane.” Just hold on loosely / But don’t let go / If you cling too tightly / You’re gonna lose control. It was the first top 40 success for 38 Special and peaked at No. 3 on the rock charts.

“The Boys of Summer” (Don Henley)

Don Henley considers adolescence through the perspective of a lost summer romance in “The Boys of Summer.” The protagonist is shown in the song’s corresponding music video at three different ages: as a little boy, a teenager, and a middle-aged man. He looks back sadly on his previous relationships at each step, which is a sad but common occurrence.

Another Bob Seger song, “Night Moves,” served as the turning point in his development from a Michigan local phenomenon to a major American rock and roll figure. The significance of the song, according to Seger’s website “the exact meaning it’s always had for me—the freedom and looseness I had during high school. That romance actually took place after high school, and it actually was about a real person. Her boyfriend was in the service, and when he came back she married him. My first broken heart.”

As with “American Girl,” one of Petty’s most recognizable songs is “Free Fallin.” It also deals on escapism, a related subject. Ventura Boulevard in the San Fernando Valley served as an inspiration. “Free Fallin” is a timeless song with a catchy chorus and a recognizable beginning guitar melody.

“Summer of ’69,” a veiled allusion to “making love in the summers,” became one of Bryan Adams’ most well-known songs and was a worldwide smash. He begins by creating a scenario filled with nostalgia. I got my first real six-string / Bought it at the five and dime / Played it ’til my fingers bled / Was the summer of ’69.

The Steve Miller Band records their experience on the road in “Jet Airliner,” traveling while reminiscing about home. Even while the difficulties of being a travelling musician may not be the “genuine American experience,” the images of the American highway included in the song are indubitably nostalgic and well-known to everyone who has been to the West.

“Born in the U.S.A” (Bruce Springsteen)

Discussions about Heartland Rock would be lacking without The Boss. Bruce Springsteen, arguably the musician who gave the subgenre its name in the beginning, is the best personification of the Heartland mindset. One of his most well-known songs, “Born in the U.S.A.,” is about the difficult return of a Vietnam War soldier.