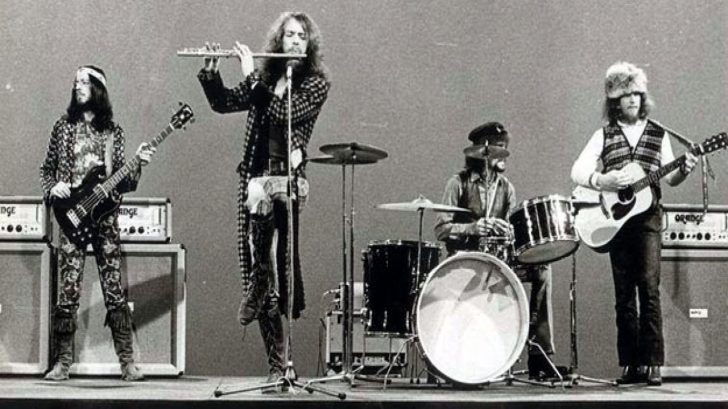 If there are two decades in music in which sound has reached the highest (or unique) quality levels ever heard before or after, those are the 60s and 70s. And indeed, one of the best years of rock and roll was 1971. We look back the 10 Greatest Tracks Of 1971 Voted By Fans:

The music of 1971 seems to have reached a level of maturity such that, in truth, one could listen to each song 10 times in a day in a row and nothing would happen to it. T. Rex, perhaps the biggest glam rock group that ever existed, despite their sad short life, was really cool, in the broadest sense of the meaning behind the word cool.

Rod Stewart, an all-rounder who has taken his career into swing classics, jazz and standars as a crooner, was a star in the ’70s who completely anticipated the’ 80s in spirit and fashions. With his looks, formal and deep glam, and his unmistakable voice, he has given us many songs that go beyond the anecdote of his hairstyles (with which he went down in history).

8. The Doors – Riders On The Storm

Another band whose vocalist and main image had a terrible and very early ending. Although in this case not because of a traffic accident (as in the case of Marc Bolan, T. Rex). The figure of Jim Morrison was elevated to myth already in life, given his charisma, his poetry and his way of singing. But not everything was his voice. The Doors were true pioneers of psychedelia until the last consequences, although that lengthened their songs in a dark and hard drift to follow. Not everything is going to have to last 3 minutes.

The last song of the band that appears in our list serves as a lead for CSI: Miami, the second spin-off of the franchise. There was a relationship between all of them, beyond the title of each series or the name of its famous producer, and it was the opening. Just for them it was worth listening to the whole thing, although now if it were on Netflix we don’t know if people would give it the option of playing it anyway.

We have always thought of making a list of topics with a woman in the title. Uria Heep transmits here. A great song from the album Birds Of Prey, whose cover we love, for whatever reason.

What to say about Brown Sugar. Many more experts and better in terms of adjectives and musical knowledge have said enough, so let’s shut up for a moment.

Never released as a single linked to the homonymous album, it is the most popular song of the band, which, with its famous initial guitar riff, the song goes through several different stages throughout its more than 6 minutes, and all of one unique wealth. Progressive rock in full swing.

A 1971 musical classic that has transcended time. It is indisputable. A horse without a name, in its translation, is the title with which Dewey Bunnell and the band America became immortal; an undeniable icon. Released earlier in Europe than in the United States (where it was released as a single in 1972), A Horse With No Name belongs to the forgotten folk rock genre that has so little presence today, despite the wide fame of its predecessors, which has survived to this day.

After leaving The Beatles and being the hippiest of all hippies, John Lennon composed an anthem that many people have worn out with use, but which continues to remain as such. Some people question the message because of the level of the sender, but in the end the message is what it is. At least I was trying to give a message to improve, because not everything is always looking for the bad in those who try to bring out the good, even if only in words.

The great rock ballad par excellence. What in English they know as power ballad. What a song would mean in Chile to dazzle the mines. Everything is, and much more, is this Stairway To Heaven. Led Zeppelin would suddenly calm down and offer a kind of sensitivity that he didn’t seem to have until then.