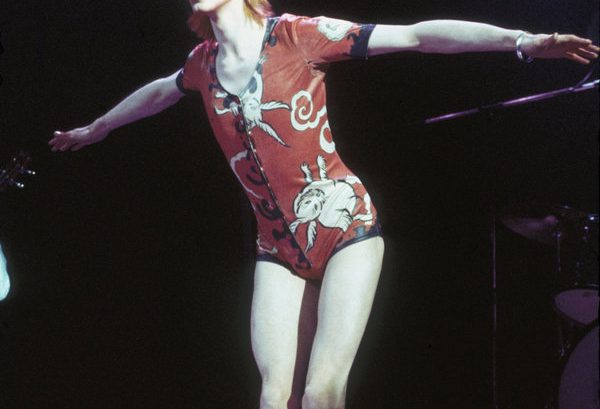 The elements that adorned the legend of David Bowie, the musician of the stars “who fell to Earth” after arming himself with an army “of spiders from Mars”, had a less alien origin than it might seem. We look back at the 10 Insane Stories From David Bowie’s Career:

Bowie Formed His Own Band At Age 17

Bowie, born David Jones, after a short-lived band, The Konradsy, formed Davie Jones and The King Bees at the age of 17, recording his first song in 1964. Although somewhat rough, his rock style of contemporaries like The Kinks or Small Faces is already showing ways.

In 2007, David Bowie participated in the first SpongeBob movie “An Adventure in Atlantis”, where he voiced the character “His Royal Highness”. The singer had previously confessed to being a fan of the series, and considering it “the Holy Grail of animated fiction”.

It is said that after Elvis Presley on The Ed Sullivan Show in 1956, this is the most important television appearance in rock history. Thousands of young people who watched this broadcast from their living room were fascinated by that kind of alien with the voice of an angel called Ziggy Stardust, marking the outbreak of the Glam culture. The charismatic stamp of complicity with his guitarist Mick Ronson in this performance inspired the birth of many, many rock bands.

This Is The Orignal Video of Space Oddity

We all remember the official video clip of this iconic song, in which Bowie appeared sitting with his guitar while images of the control table of a recording studio alternated. A little shabby, if they intended to simulate a spaceship. But the first video that was recorded for the song is this one recorded for the promotional film “Love You Till Tuesday”, perhaps too bizarre to be marketing the single.

In 2000, David Bowie rejected the title of “Knight Commander” of the Order of the British Empire, and in 2003 another knighthood, both of which were to be awarded due to his contribution to British culture.

He Was Afraid That Someone Would Stole His Urine

Bowie, during his life, had a period where he struggled with emotional and drug problems when he lived in Los Angeles, and it was said that he lived in a world outside his own. Apparently, he was surviving on a diet of peppers and milk, and had some really weird behaviors, like keeping his urine in the fridge so “no other wizard could use it to cast a spell on him.”

He Had a Half Brother Who Committed Suicide

On January 16, 1985, Terry Burns, Bowie’s half-brother who was 10 years older than Bowie, walked out of Cane Hill psychiatric hospital and lay on the tracks with his head facing the opposite direction from which the train was coming. wait for the London express, which killed him minutes later. Cane Hill appears on the cover of The Man Who Sold the World. In addition, Bowie wrote several songs that dealt with mental disorders, such as “All the Madmen” and “Bewlay Brothers”, which many believe was designed to sound like “Bowie Brothers”. The tabloids accused Bowie of abandoning his brother. (Bowie said he did not attend the funeral for fear of a media circus.) Listen to him talk about the death of his brother below:

“Fame”, his first hit in the United States With John Lennon

David Bowie’s first song to reach the top of the US charts was 1975’s “Fame”, co-written by John Lennon, who also featured as a backing vocalist.

A Constellation in His Honor

On January 18, 2016, days after the death of David Bowie, a group of Belgian astronomers determined that a group of seven stars would henceforth form a constellation in the shape of the lightning bolt that the singer painted on his face in his characterization by Ziggy Stardust.