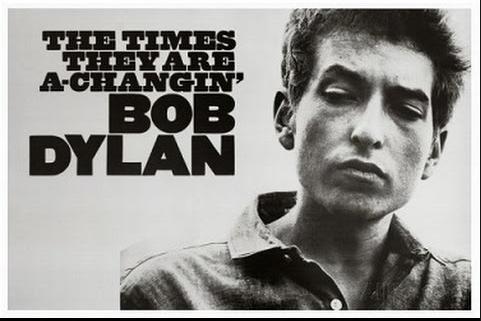 Protest Songs That Have Impacted The History

These are the 10 Most Powerful Protest Songs that led the way by voicing out the struggles that people felt during those times. Music can change the world and these great rock artists gave their part lending support for a change.

The messages are heart-felt from musicians who are supporting the necessity of change.

A song that is still relevant today – speaking of changes and will forever speak and indeed an anthem for that frustrated generation. Dylan shouting the Civil Rights movement in the US through his music: “I wanted to write a big song, some kind of theme song, with short, concise verses that piled up on each other in a hypnotic way. This is definitely a song with a purpose. I knew exactly what I wanted to say and who I wanted to say it to.”

This is a flashback for our Viet Veterans! A simple protest song by CCR who were a Vietnam-era veteran themselves. John Fogerty wrote the song in 1969 and it’s a rant against the children of millionaires, specifically Senator’s son who wasn’t drafted and got exempted by the government to served the Viet-War.

He speaks the truth – and this song is for our brothers out there fighting against racism! This is their anthem! Cooke protested with this song to support the civil rights movement fighting for equality – he was inspired by Bob Dylan’s “Blowin’ In The Wind,” to write a song something similar and he was amused that Dylan’s wasn’t a black man but was also fighting for equality.

The boss really protested against the war. He spoke out the truth about the problems of Vietnam veterans they were experiencing after fighting for the country. Viet-War was the first war that the US didn’t manage to win – and when the veterans returned to America they were mostly ignored by the people.

Just imagine a world without this song – arguably one of the greatest songs ever written. Lennon was trying to implant something on our minds where you could experience a world without the division, without possession, and religion. It’s an image of a much better place and he was indeed speaking the truth.

The bloody history of the Irish people and there were two occurrences of these: first was in 1920 when British soldiers shooting down the crowd at a football match in Dublin as a revenge for the killing of British undercover agents – and the second one was on January 30, 1972, when 13 Irish citizens, a civil rights protesters were killed by British paratroopers. Bono always starts the song at their concerts by stating to the audience that the song is “not a rebel song.”

Man, the music will make you cry, and many people are still struggling with the effects of the event of May 4, 1970 – when the US National Guard shot four students at Kent State University in Ohio. These students were unarmed and innocent, Neil Young got frustrated when he saw the news report and shortly after wrote a song released 10 days after the tragic event.

Cool, weird, but legendary. There are many sad ironies about the song – it was Headon who wrote it but got fired from the band because of his drug issues. It was one of their biggest United States hits. It is one weird protest song because it talks about people defying the Arab ruler (Shareef) who banned the Disco music and “Rocking the Casbah.”

They weren’t all about Fab – they cared about the world as well. A response against the Vietnam War. John Lennon wrote the song when they were in the meditation camp with The Maharishi in India. Lennon told the Rolling Stone magazine: “I had been thinking about it up in the hills in India. I still had this ‘God will save us’ feeling about it, that it’s going to be all right (even now I’m saying ‘Hold on, John, it’s going to be all right,’ otherwise, I won’t hold on) but that’s why I did it, I wanted to talk, I wanted to say my piece about revolution. I wanted to tell you, or whoever listens, to communicate, to say ‘What do you say? This is what I say.'”

‘For What It’s Worth’ is still relevant today, it doesn’t talk about the wars. It talks about young gatherings who were protesting anti-loitering laws – invoking all the political upheaval of the 1960s’. Baby boomers were right about the conditions of that era it was indeed frustrating, and if it weren’t for these type of protest songs who would still be sleeping not knowing the truth and lack of awareness.