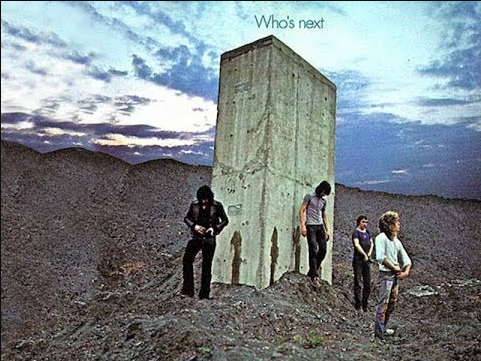 It’s An Impossible Task, But Let’s Make It Happen

These are just suggestions and not something we could just give and call the greatest albums, but they are one of the most essentials rock albums of all time. There are loads of other options, but this list will provide something you should listen to before you die.

Consider adding these 10 Rock Albums on your playlist before you die:

An album that never stops sounding good, and it’s indeed one of Chuck’s best work.

The 7th Studio album of the legendary Chuck Berry, released via Chess Records on November 1964. The album was one of Chuck’s finest work and the first one of his studio album to appear on the chart peaking at number 124.

It’s one of the most important albums in the history of music.

The album consists all of the finest works of Elvis, hence it’s a compilation album from all of his recordings at Sun Studios in 1954 and 1955. The album was released on March 21, 1976, by  ‎RCA Records. Musically speaking, this is the legacy of the king of rock n’ roll.

If this album never came out, then we wouldn’t have rock n’ roll.

The debut of the legendary man who helped pioneer the rock n’ roll sound, it was released on March 1957 and some of his hits from 1956 were included on this album. The debut album peaked at 13 on the Billboard Pop Albums chart and was one of the highest-charting album of the decade.

1965 was an amazing experience and one of those reasons was this album.

Bob Dylan’s 6th studio album released under Columbia Records on August 30, 1965. The album consists all the classic Dylan’s music such as Like a Rolling Stone; It Takes a Lot to Laugh, It Takes a Train to Cry; Ballad of a Thin Man; Just Like Tom Thumb’s Blues, and Desolation Row. The album was such a masterpiece that it became his legendary work full of great songs.

The Fab Four who were in their 20s when they released this album — was that even possible?

This was their seventh studio album that was released on August 1966 under the label, Parlophone and produced by the fifth Beatle, George Martin. The recording showcased their geek side and wrote their music and lyrics very differently by devoting more time on the studio.

Jimi Hendrix blazes his way through all that axe-slinging he did!

This is the album that would be known as the final work of the greatest axe-slinger. Released on October 16, 1968, by Reprise Records. The album was so legendary that when you give it a listen you’re wishing to visit the Electric Ladyland.

The album that will make you feel like everything’s going to be alright.

The album was said to be one of the most important albums in the history of rock music. The Velvet Underground & Nico is the debut album that was released on March 1967 by Verve Records. The album features the German singer Nico, and it includes some of the best songs of 1967, such as ‎Heroin, ‎Sunday Morning, ‎Venus in Furs, and ‎I’m Waiting for the Man.

8. The Rolling Stones – Let it Bleed

Sticky Finger’s all-time best guitar riffs are all in this album.

The Stones eight UK and the tenth US studio album released on December 1969 by Decca Records. The album features also Mick Taylor and had appeared on two tracks, “Country Honk” and “Live with Me.”

One of the finest albums ever recorded, and it’s disguised with such an incredible tale – a listen is a must to fully understand it.

The fifth studio album of David Bowie playing as his alter-ego, Ziggy Stardust, and was released on June 1972. The concept of the album was to tell the story of the Rise and Fall of Ziggy Stardust and the Spiders from Mars based on the by Vince Taylor who believed himself as a god and an alien.

It’s their magnum opus – and nothing you can thrash out on this album!

One of the most important album of the 1970’s rock n’ roll era. The Who’s fifth studio album that was released on August 1971 by Track Records. The album includes some of the best songs from the band such as ‎Meaty Beaty Big and Bouncy, ‎Baba O’Riley, Lifehouse, and ‎Won’t Get Fooled Again.