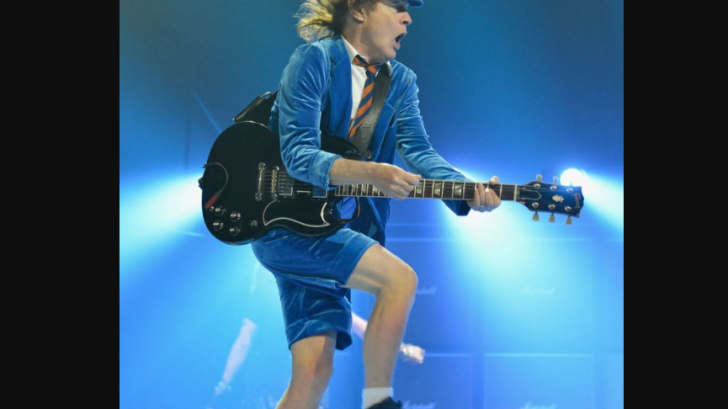 The 80s were an eclectic time, of liberation and revolution, of the aesthetic of “almost anything goes” and a golden decade for pop and rock music. We look back at the 10 Tracks That Took Over 1980s Radio Waves:

10. Once In a Lifetime – Talking Heads

Although it surprisingly turned out to be a commercial success for New Wave experimenters like David Byrne’s Talking Heads, it’s easy to forget how strange this 1981 song sounded. The inevitable “Once In A Lifetime” invites you to dance, yes, but also to pay attention to what is happening and to imagine and wonder how they did to achieve that perfection.

“Livin ‘On A Prayer” is a single by Rock band Bon Jovi that was featured on their album “Slippery When Wet” released on Mercury Record. Its success was resounding, reaching a very good impact internationally. It is also considered one of the band’s flagship songs and one of the most popular songs of the eighties.

In an age when long-haired guitar playing was pure escapism (girls and drink in the case of hard-rock, or a fantasy of swords and dragons in heavy metal), this album represented a slap in the face of tremendous reality, summed up in its opening song, also the best. ‘Welcome to the Jungle’ is more than a song, it is a threat, a grim and melodic metal-punk roller-coaster blow, and with the beat of funk spectacularity of the best Aerosmith.

“Don’t Stop Believin” “is the second single by the American rock band Journey. Released in 1981 as one of the most important songs on his album “Escape”. For many, this is the most important song of the band, through which we can discover the roots and influences and also their identity as a group. In a short time it achieved a great impact reaching the top positions on the Billboard Hot 100 chart.

The soundtrack for the movie ‘Purple rain’ was believed to be complete, but the director needed a powerful ballad for a scene of domestic discord. Prince gave birth to two songs overnight, winning ‘When Doves Cry’.

Love Will Tear Us Apart, the song, the one that starting from that quick chord intro that opens on the famous synth motif finds the perfect center of gravity between popular ambitions and new wave settings, melody and dance rhythm, electronic keyboards and exceptionally guitars acoustics: euro-soul for the eighties.

‘You Shook Me All Night Long’, a simple love story that Johnson interprets with great sweetness and that grows enormously with a wonderful chorus that encourages you to sing it at the top of your lung wherever you listen to it.

3. Another One Bites the Dust – Queen

“Another One Bites The Dust” is a song written by John Deacon that was performed by the British rock group Queen on their album “The Game.” Although many include it in the Disco genre, there are many controversies regarding this classification and although it could be that it already shows the roots of disco and dance music that the band would later produce, it still maintains a close aesthetic link with rock.

We don’t need a special day to remember ‘Back in Black’, nor do we need to remember good old Bon Scott on the day the world saw him born, July 9, 1946. Back in Black ‘is much more than a tribute to Bon Scott: for example, it is the second best-selling album in the history of music, only behind Michael Jackson’s’ Thriller’.

A hypnotic rhythm of synthesizers that begins to beat and seems to take us on an astral journey to the African continent with a powerful and unforgettable chorus. This single, which was later part of the fourth album ‘Toto IV’, was the song of the Californian group that reached the top of the Billboard and UK Singles Chart, and that still resonates like an anthem Toto’s only number 1 on the Billboard charts and the radio hit of all time.