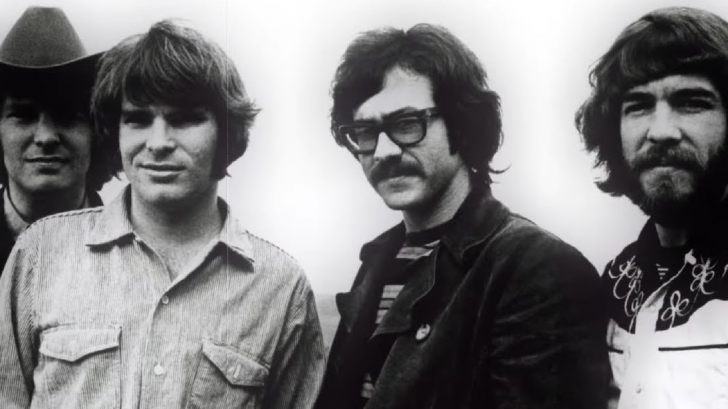 Despite the well-deserved prestige enjoyed by the relationship of musicians and groups, there is always a moment when it is not really known why, or yes, they have around and sonorous slip. They are records that do not live up to their legend but that, perhaps, for this reason, continue to be interesting. Time to turn up the volume. The 10 Worst Albums Made By Great 70s’ Bands:

In the album this paradigm of whether the existence of The Doors is possible without its frontman is proposed, knowing that Kriger, Manzarek, and Densmore had much to continue giving. Because at the end of the day they are great musicians and important links in the group’s journey. However, right from the start in Other Voices, you can see that Morrison’s mystique is missing, in his voice, his lyrics, the melodies, and above all in giving the band a distinctive personality. To put it another way, without Jim The Doors is like a beef burger without the beef. The Doors without Jim is not The Doors, it is an average blues rock band with songs that do not impress you in the least, and of course, you will not review again in your life.

This new agreement that Stu Cook and Doug Clifford had to accept resulted in the seventh and final album in CCR’s career: “Mardi Gras”; a regrettable material that culminated in the career of one of the best country-rock bands in the United States.

Full Circle is an album that shows the same uninspired signs as Other Voices. The songs don’t have bad melodies, but they are quite generic, immemorial, and frankly a little stupid at times. Full Circle, “Complete Circle”, never better put the name for the album of a band that cried out to close a cycle after the death of Jim Morrison. But hey, Manzarek, Krieger, and Densmore would make a final effort to survive under the name of The Doors after the death of their leading voice and emblem.

You have to have a lot of stomachs to listen to Metal Machine Music, the album that Lou Reed released in 1975. A lot of stomachs. As you know, it is about 1 hour, 4 minutes, and 11 seconds of brutally annoying sounds that Reed achieved and recorded in a period of approximately 24 hours, using out-of-tune guitars and picking up the couplings that these produced when placed in front of huge amplifiers.

The band lasted until 1975, releasing yet another album (Street Rats) this time having made peace with Andrew Oldham. But it was really over. According to Shirley “we have different interests from each other. Some of us want to stay in England, others want to go to the United States. It was the best thing we had to do. A mutual decision.” Marriott however seemed shaken by the band’s demise: “I honestly have no idea why we broke up. Ask our manager, I really don’t know” he told British journalists in 1975.

Another concept album. Another Opera Rock. Soup again. This type of record was becoming an obsessive habit for Ray Davies in the seventies. If we add to that the mediocre compositional level offered by the leader of the Kinks, everything makes Soap Opera one of his works most denigrated by critics.

After the nightmare of the previous album, Vincent wanted to overcome his psychological impact and for that now he had to go straight to hell. This is what we would say as an introduction if we hadn’t heard anything from Alice Cooper Goes To Hell. In practice, little hell we observe beyond the song that gives it its title and again we witness a work of theatrical intent that never forgets its rock substrate. This album summarizes the different facets that Alice Cooper had already shown in the previous one, that is, of this new phase of his career, in such a way that it offers what all his followers could expect from him. And it does not disappoint. The disappointments will come as the years go by, but here we can still enjoy the inspiration of Cooper, Wagner (the guitarist, of course), and Bob Ezrin when it comes to composing and also carrying out the recording.

A dreadful cover! This is undoubtedly an appropriate introductory statement for ‘Love Beach’. It is difficult to identify at first glance if we are facing an album by an unknown group) or if it really is a work by the respectable Emerson, Lake And Palmer, probably one of the most amusing covers in all of progressive rock, but the fact is that we are facing yet another album from the seventies by the venerable Keith Emerson – keyboards, Greg Lake – guitars, bass and vocals and Carl Palmer – drums. The comparison with other ballad albums is not entirely futile, after all, we have in common the location of the recordings, as the group chose to terminate its contract with Atlantic quickly recording this work in the Bahamas, where it could be at least, enjoy beautiful sunny days.

“I’d Rather Be Sailing” (1978) was more irregular than “High On The Hog”, but in some grooves, they contained good bits of their spirited musical demeanor.

It was 1978. Kiss had established itself as one of the most powerful bands of its time, as well as they had begun to emerge as money-making machines. However, tensions between its components were beginning to flourish.