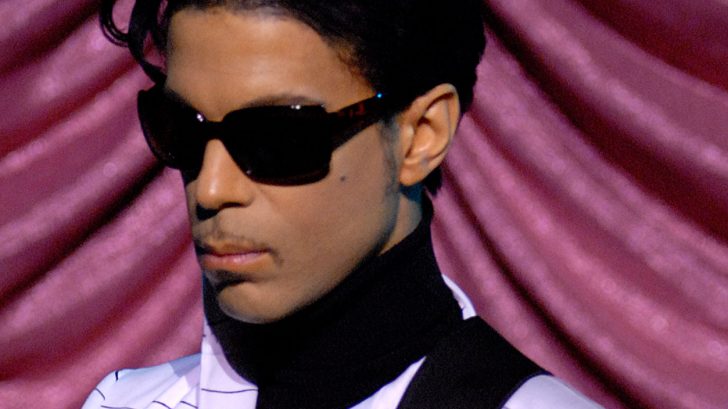 Five years have passed since the unexpected death of Prince and the artist, famous as much for his music as for his bizarre life, is still around. So much so that, about five years after his death on April 21, 2016, their are still a lot of things we learn about Prince just like the list below, The 14 Celebrities Prince Couldn’t Stand

In 2019 Prince’s autobiographical book entitled, ‘The Beautiful Ones’ was published, which brought to light one of the most controversial statements that the singer made about current pop, the music industry, and two colleagues: Ed Sheeran and Katy Perry.

Prince wrote that music execs, “keep trying to ram Katy Perry and Ed Sheeran down our throats and we don’t like it no matter how many times they play it.”

When rumors surfaced that Timberlake would use a holographic projection during his appearance in Superbowl halftime show, 14 years after his debut, of the local hero for a digital duet on the show, Prince’s family exposed on social networks that they were banning the initiative.

In addition to the singer has expressed more than once not liking this type of technological resource, Prince and Timberlake exchanged barbs on some occasions. They were always very far from being the protagonists of a friendship.

In the forums of Prince followers, rumors that attributed those moans to Madonna (magazines such as People assume a very brief romance between the two is possible. But they certainly did out diva each other until they recorded “Love Song” for Madonna’s 1989 album Like a Prayer.

The late legendary musician, Prince, always made it clear that he had no empathy for modern pop music, yet he never wanted to reveal which specific musicians he was talking about.

She and Prince met backstage in the late ’90s when she was 19 and had just landed a record contract. Earning her striking image, the rookie singer invited the legend to do a duet with her. Prince answered by questioning if she owned her masters — the original copies of an artist’s records.

Pink said no and Prince told her to ask him again once she owns her original copies. Pink told him he was, “‘a rude f***,’ and then I went onstage.” However, she later recognized he was attempting to educate her, adding, “But I loved him, I totally loved him.” Of his passing, she mentioned at an Australian radio station Nova FM: “Prince is everybody’s genius… the world lost a lot of sparkle this year.”

Boy George screwed up and had to make sure he “never slept” with Prince, that it was just a joke. The musician claimed to have performed “duets with some of the greatest soul singers in history, including Luther Vandross and Smokey Robinson.” Paloma Faith was humbled and replied, that if they were going to launch big names of soul exponents, she had a ‘performance’ with Prince once.

To which Boy George replied, “Forget that dear, I slept with Prince.”

Prince during a 2013 interview with Billboard, explicitly called out Maroon 5’s cover of “Kiss,” which was added on a deluxe version of the group’s 2012 album Overexposed. Prince said, “Why do we need to hear another cover of a song someone else did? Art is about building a new foundation, not just laying something on top of what’s already there.”

Prince and Michael Jackson are two of the greatest icons in music history. Without a doubt, their work marked the eighties and generated a wave of inspiration that continues to this day. However, the idols did not have a good relationship with each other.

And it is that as if it were a competition for the throne, the musicians faced each other behind the scenes on more than one occasion, trying to outdo each other. Thus, a historic rivalry was created that often went beyond just friendly competition.

Prince seldom allowed interviews — and when he approved, he declined to let the interviewer record the discussion or take data.

According to Dez Dickerson, guitarist for The Revolution, Prince had a mood swing in the green room and told the group not to reply to any of Clark’s inquiries. Dickerson reported the event to GQ as “totally calculated” and “excruciatingly uncomfortable.” Prince sprinkled some information on his impulses in a 1980 interview with the Star Tribune, based in his native Minneapolis. He stated he thought Clark had underestimated his hometown, adding, “That really gave me an attitude.”

Wayne Coyne of The Flaming Lips

Among the latest news from the band The Flaming Lips, we have that, some time ago the band decided to give the singer Prince a CD of them, without waiting for him to give them back. The event occurred at the 2006 BRIT Awards, where the group had the opportunity to perform an incredible interpretation of Prince’s song, “Purple Rain.” Given this, the band also took the opportunity to make themselves known. Coyne said the group worked up the strength to give Prince’s bodyguard a pile of CDs to pass on to him, adding, “We were so thrilled at the possibility of him hearing our music.”

Unluckily, Prince was less thrilled. A short time next, the bodyguard traced the band down and returned back the CDs, declaring, “Prince doesn’t want these.

After Prince’s tragic death, everyone began to remember the musician’s work, his achievements and his most unforgettable moments on stage. Curiously, one of the most iconic moments of this legend was that concert in which for some moments he shared the stage with nothing more and nothing less than Kim Kardashian. But this did not last long, because, after a few seconds, Prince was exasperated, and ended up kicking the Keeping Up With The Kardashians star off the stage.

The 80s were his wonder years. The funk revolutionary gave the world an injection of ecstasy by releasing an album almost a year and giving a buzz for everything. When it wasn’t his cruel criticism of Prince, accusing him of stealing his style, it was his extravagant parties full of sex, drugs, and lots of funk.

Sinead O’Connor achieved musical success after publishing the song Nothing Compares 2 U with Prince. But they are not all pleasant memories for her. The Irish singer published her memoir in which she strongly criticizes Prince, whom she portrays as a female abuser, as well as a very violent person. Sinead recounts an episode in which the singer went home to dinner and hang out after recording and premiering the hit musical. And according to her there the thing became very cloudy. He became a bit violent and told her that he did not like her swearing during interviews. He forced her to eat soup that her butler served her and then a pillow fight started and she noticed that there was something hard inside. Seeing the strange situation, she left the house and the singer got into his car and followed her. She was on foot and Prince was close to her all the time without getting out of the vehicle. The singer had already told this event in 2007, but in a much more summarized way, in her book, it extends much more.

The Rolling Stones guitarist was never kind to the musician, and the enmity was born at a 1981 concert. In April 2016, Prince passed away leaving a huge void in music and an endless trail of condolences and heartfelt messages of condolences. Fans of his songs filled the networks of farewells and words of thanks dedicated to the Genius of Minneapolis. One of them was Keith Richards, the legendary guitarist of the Rolling Stones, who wrote in his networks a nice message: “A unique talent. An original. So sad, so sudden.

However, Richards was not always kind to Prince when the musician was still alive. In addition to being famous for his parties and his rock star lifestyle, Richards is known for being an extremely direct man who does not hold his tongue when it comes to expressing his opinions. In fact, well known are the disagreements he has had with his bandmate, Mick Jagger, on multiple opinions.

Jean-Paul Gaultier will long remember this moment of embarrassment with the famous singer. Jean-Paul Gaultier was the guest of Jade and Eric Dussart in On Refait La Télé! During the show, Jean-Paul Gaultier also came back to a particularly funny anecdote concerning a famous American singer: Prince! In 1997, the couturier was in charge of the costumes for The Fifth Element, Luc Besson’s film. In the first version, Prince was to play the character of Ruby Rodd, ultimately played by Chris Tucker.

Jean-Paul Gaultier then recounts this famous day when the singer arrived, before his concert in Paris, to discover the sketches of his costumes. “This garment was a kind of ‘fishnet’ with a fake behind (…) And there I said: ‘It’s like a false ass’!”, He explains before adding: “I was trying to use the English accent because he didn’t seem to understand at all”.

What Jean-Paul Gaultier will learn later is that Prince understood “F *** you” instead of “false ass”. A real diplomatic incident had therefore been created between Jean-Paul Gaultier and the American star because of his French accent! “Afterwards, he called Besson telling him that he was not very sure because he found that the costumes that I offered him were quite ‘gay’,” concludes the designer, laughing. The story does not say if Prince has finally forgiven the couturier…