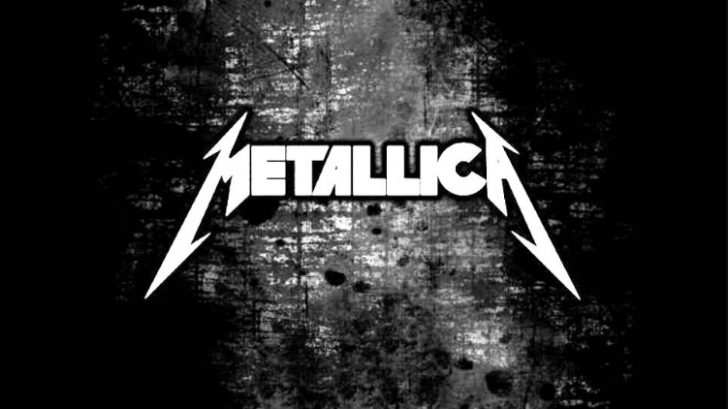 The Complete Metallica contains the entire official catalog of the band, with 163 songs of great value, starting from the first album “Kill ‘Em All” up to the last “Hardwired… to Self-Destruct”, also passing through releases such as the double cover disc ” Garage Inc. “, the 1999 live” S&M “and the EP” Some Kind Of Monster “.

Below are the 20 Songs That Can Represent The Career Of Metallica:

We are not going to walk with contemplations and we are going to start strong. We resorted here to some of the songs with more muscle and rage of all Master of Puppets, Disposable Heroes, also the second that lasts the longest, with eight minutes and fourteen seconds. It is not a song with many instrumental ravings since it follows a fairly specific and direct line throughout most of the journey. Even without having too many variations that come out of the typical stanza-chorus-stanza-chorus-only-stanza-chorus, Metallica manages not to overload and work well until the last second, showing its good ability to give birth to songs of long detail.

The existence of an album like Kill ’Em All that opened the door to as many contemporary thrash metal bands will never be appreciated enough. On the other hand, it is also an electrifying songbook, among which it is worth mentioning that is ‘Whiplash’. The adrenaline and madness of a thrash concert summed up in four minutes of impeccable riffs and choruses to be let loose.

The Call of Ktulu

Even though they were the most popular and successful thrash band, back then, when the genre was in full swing, Metallica continually demonstrated that they were different from the rest, that they were made of another paste. Ride the Lightning contains several samples of it, highlighting this very creative instrumental piece. Call The Call of Ktulu ’was also one of the last compositions of the band in which Dave Mustaine contributed his grain of sand. Full of fabulous rhythm changes, riffs that are fine cinnamon and also a Cliff Burton in God mode with his bass that manages to leave its mark on every second of the song.

The change in dynamics existing in the Black Album began to be evident in all its splendor in this ‘Sad But True’, with a slow, heavy and rough style closer to what bands like Pantera were doing than to a thrash metal that had already lost room for improvement and which Metallica decided to part with. The punch of the song, its brutal riff, and its groove has made this one of the most popular pieces of the album and the group.

Long songs have been a constant for Metallica, even in their debut, but they were (are) capable of giving them so much dynamism that they never became too extensive or heartbreaking. The Four Horsemen ’has a fast-paced, fierce, and relentless rhythm from the start, but it also shines in its rhythm changes, in its slowest moments, in the spectacular guitar solo by Kirk Hammett.

It is common to miss Metallica for not being as extreme as they could be Megadeth or, above all, Slayer. However, with themes like ‘Fight Fire With Fire,’ they showed that they could also move in those contexts and in a very solvent way. That the melodic intro -performed with twelve-string acoustic guitars- does not lead to an error because this is one of the hardest and most extreme songs that you can face with this group.

Very unfair has become with an album like Load because, once you go to it getting rid of any kind of prejudice, we find a very solid collection of songs, some very top like this one ‘Wasting My Hate’. In terms of energy deployed, it is a subject that has little to envy of its most thrash records. Even moving in areas closer to hard rock, the group did not lose brutality or mordant and this theme proves it.

Time is leaving Death Magnetic as a record of deep division even within the group’s own fans. When nobody expected it anymore, Metallica rescued the spirit and sound of their first albums, which has ended up leaving a long string of detractors and defenders of irreconcilable differences. ‘All Nightmare Long’ stands out, which is already an undeniable classic of the group. Pure Metallica in almost eight powerful and dazzling minutes.

Gentlemen, we are going to the mainstream. It is not the overwhelming level of ‘Nothing Else Matters’, but it is possible to speak of a song of enormous impact, even for those who do not closely follow the metal. A song that you can find any afternoon playing on Rock.fm. However, let’s not throw it on the pyre yet, because it has enough to offer. The perfect link between his previous stage and the new direction that Metallica was looking for in his self-titled album, with one of the most recognizable riffs in its history and with a tremendous hook.

One of the most mythical songs from their debut and their history. An essential of their live performances. A continuous download of riffs, invigorating guitar solos, a chorus of coming up screaming, especially at a concert. Without a doubt, a gem and the best piece of Metallica’s first job.

So far no piece of the… And Justice for All had fallen, so it is time to amend but in a big way. ‘One’ is not only the song that has stood out the most from the album in which the band sought to survive the death of Cliff Burton, but also one of their most mythical songs. Drawing inspiration from the novel, Johnny grabbed his rifle, the group developing an epic piece of strong melodic weight that soon filled with darkness and rage.

It is difficult to resist putting songs like the one that gives title to a mythical album like Master of Puppets. As much as one wants to get imaginative, putting less claimed or known songs, one has to end up surrendering to the evidence. And few pieces of evidence are as authoritative as ‘Master of Puppets’, with its complete riff salad, its epic chorus, and its exquisite melodic stretch. Simply spectacular.

An album like Load took so many sticks at the time by the public is, without a doubt, something very unfair. That ReLoad was given so many sticks make more sense since the tracklist is much more fragile and unbalanced than that of its twin brother and its listening becomes very difficult. However, it has two themes capable of achieving immortality in the trajectory of a group that had delivered a lot until then. These songs have merit, especially this ‘The Memory Remains’ which fans have always appreciated a special magnetism that they find it hard to resist even to date.

Up to three parts have come to get Metallica from this song. As of today, none of the sequels have reached the sole of the boot to the original. ‘The Unforgiven’ is not only the best ballad from the self-titled album, it is also an unusual ballad. While most metal ballads have soft, melodic verses and energetic, guitar choruses, this one works exactly the other way around. Its peculiarity, in addition to its great emotion, make this a great song

If there is a song that will forever be with Cliff Burton and will always come to mind every time we think about it, that is ‘Orion’. And look there is ‘(Anesthesia) – Pulling Teeth’, which is basically a bass solo by him, but no, the one that ended up playing at his funeral is this, the best instrumental piece of the group. Pure mastery from start to finish. Perfect to let go.

One of the band’s longest compositions and also one of the most particular. That 90s rock influence is again marked, its cadence is slow but full of intensity that explodes in a refrain full of strength and epic. The ups and downs of power are continuous but not boring due to the good rhythm control that the quartet exhibits.

When it’s time to hit the gas, you have to go to death with it. After a very spaghetti western intro that welcomes us to Master of Puppets, the guitars come on and the notes attack like an enraged swarm of bees. ‘Battery’ is one of the group’s most enraged and rampant songs, attacking at short distances (for what the group is, of course) and without the slightest hint of pity.

The group’s best ballad, ‘Fade to Black’ is such a complete song that it could give much more than a paragraph. They had to be very large to make this the first single from the second album by a thrash band, with its acoustic verses and its slower and heavier rhythm. All in all, it has been one of the greatest successes of their career, being the favorite even for Jason Newsted, and with an absolutely sublime final stretch.

‘Dyers Eve’ is a song that is devilish accelerated rhythm and even the presence of a double bass drum on Lars Ulrich’s drums (it is hard to think today that he was capable of reaching such heights and today, well). In addition to being fast, it is highly complex, so much so that some speak of this as the germ of progressive thrash, but first of all, it is a gimmick.

And to close, one of the most loved songs by both the fans and the group. So much so that it is one of the most played live (only behind “Master of Puppets”). One of the most representative of the first period of the group. If someone asks you what thrash metal is, you can just name it ‘Creeping Death’. Metallica brushed the Olympus category with this piece.