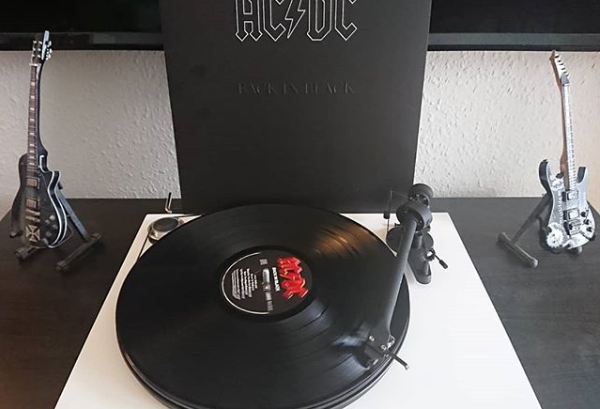 The 80s’ remains the era that provided us the best hard rock albums ever. Most albums that were released at the has no fill material and many have made it into the charts. These are 3 Rock Albums That Made You Cry In The 80s’.

Enjoying the classic par excellence of Guns N ‘Roses has always been a thing for us, which is why all the trucking topicals that come to mind are understood. Arm raised, the foam of your beer splashing everything in a two-meter radius and of course the beer choruses and the guys pissing in the corners. Little glamor, true, and yet we are facing a work that deserves a listen from time to time.

Many times in human history, death turns out to be one of the sources of inspiration for great works. Well, on February 19, 1980, the great Bon Scott died and the band, instead of separating, opted to sign a new vocalist and continue his musical work, paying posthumous tribute to his former frontman. “Back in Black” has sold an incredible 50,000,000 copies. A posthumous tribute to Scott that became an album commented, listened to, and appreciated by the entire community of music lovers worldwide. It is around, applied, faithful, loyal, and catchy album with a very high level, 100% rock & roll full of hymns and songs that decades later are still the most faithful companions when it comes to drinking good beers!

After three albums of rich and epic prog rock, Permanent Waves marks a change, not radical but sensitive, in the methods of composition. Rush reverses the approach adopted when Neil Peart arrived and shortened the pieces. The group now uses its experience to write songs in a more conventional format, but not simplified for that (“The Spirit of Radio”, “Freewill”: two new classics). The lyrics also move away from philosophical and esoteric themes to orient themselves towards more down-to-earth subjects.