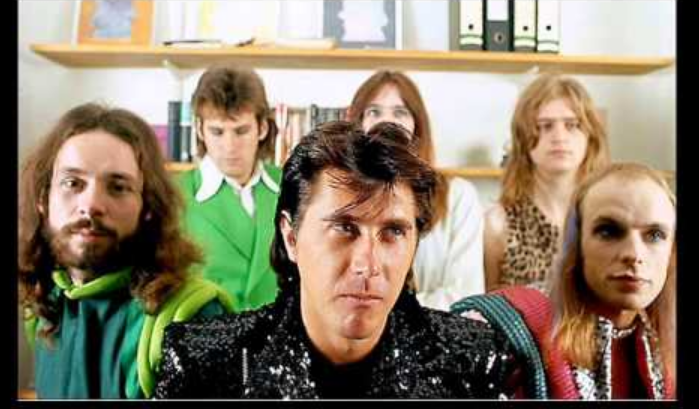 By 1972, the sexual revolution had collapsed, the peak had appeared and left, and the aftereffects reflected the decreasing of the Vietnam War steadily set in as military drafts came to a conclusion in the US. The Beatles marked the summer of love and psychedelia with their milestone album, Sgt. Pepper in the late ’60s; an era coming to an end when the Beatles broke up. The 70’s new-gen of musicians, came to rise, giving us the 5 Top Records From 1972:

“Harvest” is Neil Young’s most famous and commercial album and essential work in the long career of the magnificent Canadian singer-songwriter.

With placid folk, country and rock textures, warm acoustic tempos and orchestral arrangements by Jack Nitzsche, “Harvest”, the first album made in collaboration with the Stray Gators, contains indelible moments within Young’s discography, such as “Heart Of Gold”, “Are You Ready For The Country?”, “Old Man”, “Alabama”, “The Needle And The Damage Done” (performed live at UCLA) or the wonderful piece of the same name “Harvest”.

The beginnings of Roxy Music are clearly defined by having in its formation none other than the production magician Brian Eno, here in charge of the synthesizers and various effects. As a producer, it is surprising to see Peter Sinfield in this facet, the same one who became famous as a lyricist for King Crimson and the trio Emerson, Lake & Palmer. Apart from Eno, the other three essential members who would remain stable even in their 21st-century reunion are the singer and keyboardist Bryan Ferry (true soul of the group and only composer in these early days), the notorious guitarist Phil Manzanera and the saxophonist/oboist Andy Mackay. The live image they had was also impressive, as Ferry’s suits and bow tie contrasted with the more outlandish looks of the rest, although Mackay also used to wear a suit.

The funniest thing of all is that, despite being “Exile on Main St.” the best album of the Stones usually does not count among its ranks any of the five or even the ten, best songs of the band. Why is that? Simply because this is the album that best exemplifies why saying that a group is very cool to you, but ahem, single songs, blasphemy, hypocritical and immature. In other words, in the case of established, cult and obligation groups, such as the Beatles, Led Zeppelin, Queen or the Stones themselves. When you recommend furiously to someone, for example, who listens to a Jet album in its entirety, beyond the “Are You Gonna Ge My Girl?”, Maybe you are carrying your megalomania too far.

The record that defined Curtis’s successful career was the soundtrack to Super Fly (1972), one of the classic and successful blaxploitation films.

The genre was in vogue during the 1970s in different parts of the world and was characterized by its stories in big cities with corrupt cops, drug addicts, prostitutes, cocaine dealers, and many, many, burning cars. Another of its characteristics is that several of the films made an apology for the crime. And Super Fly was no exception.

It was 1972 and David Bowie had been without a hit for almost three years. His promising talent was being put aside. Only 4 months before he had released “Hunky Dury”, his first major album, which included the now acclaimed “Changes”. Therefore, our dear friend needed to redeem himself and launch a success with which he could conquer the world and prove his worth. Soon, the world would discover that this 25-year-old boy was going to change the future of music by proposing new things and showing a personality that only he had.