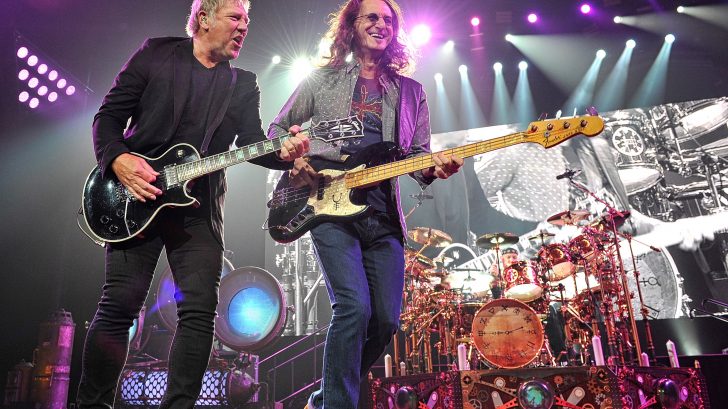 The bass player’s job seems to be very clear: play good music and stay in the shadows during concerts and live performances. And although figures like Paul McCartney changed this vision, approaching the microphone and interpreting great songs, there are few times in which the bassist has more preponderance than the rest of the group and took the role as a frontman:

The man with the tongue. Is there more to say? Gene is the face of KISS. Excellent bassist, and vocalist, his face has all the marketing of the band.

Sting followed in McCartney’s footsteps and performed as the band’s bassist and vocalist, although it was his image and musical talent that made his solo path easy. He understood it as a natural progression: “on bass, you lead the band dynamically, harmonically. So I have a lot of power without feeling like I’m a dictator, ”he said in an interview.

And we start with the historical bassists, Born in England on August 21, 1951, Glenn Hughes before being the singer of Black Sabbath in the ’80s was the bassist and vocalist of Deep Purple in the ’70s in the third part of the known band as “Mark III” With Coverdale also on vocals.

Paul McCartney receives so much attention for his brilliant vocal and songwriting work on the Beatles that his impressive bass playing skills are often overlooked. But listen to the Beatles songs and focus on their melodic depth and flawless bass lines. Paul reluctantly took on the role after the original bassist, Stuart Sutcliffe, left the group and no one wanted to take over his instrument.

If Geddy Lee’s only role in Rush was playing bass, we’d have enough. But the fact that he does it singing and also alternating with the keyboards shows that this man is a whim of nature. Few singers in rock history could have handled this triplet of instruments. The group is occasionally tempted to add a fourth member to their live show to ease Lee’s burden but ultimately concludes that fans only want to see the three Rush members on stage.