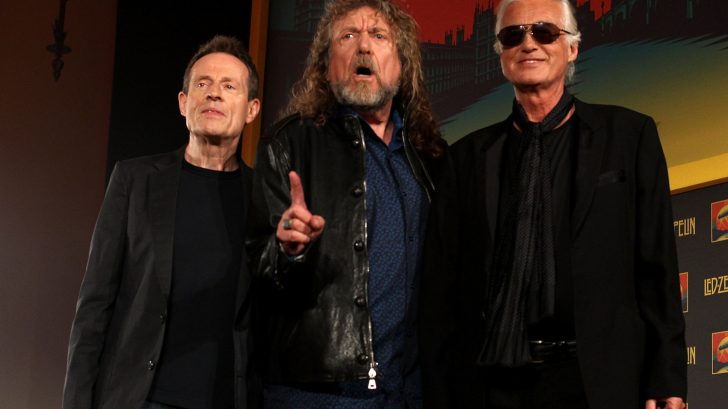 Led Zeppelin, the British band considered the greatest rock formation in history, continues to keep the legend alive after their separation in 1980.

Their only concert in 2007, almost thirty years after their end, showed that their music has not only not lost its validity, but also that they maintain an enviable state of form, as has been seen in their countless solo adventures during these last decades.

Below are The 7 Heaviest Songs Led Zeppelin Has Ever Written:

Released in the II, in the magical year of 1969, the song is a tribute to “You need Love” by Muddy Waters and Willie Dixon, although inspired by the version recorded by Small Faces with the title “You Need Loving”. Covered countless times, the song was the first single that Led Zeppelin published in the United States.

Few times in the history of popular music have we heard a rhythmic base commanded masterfully by John Paul Jones’s bass ride (literally) in this way. The explosive start of this song together with Robert Plant’s shout is one of the most special and adrenaline-filled moments in the quartet’s career, who wrote it with the Viking Leif Eriksson in mind.

When the Levee Breaks

Like all great blues, the original version was written many years before, but without a doubt the Zep achieved the definitive version of the theme. An unmistakable riff, an apocalyptic tone that fits like a glove with the lyrics and one of Plant’s best performances manage to masterfully close his best album. Everything that made this band so great is concentrated in this song.

Many connoisseurs of Led Zeppelin’s work stick with their first four albums or, at most, give the glorious Houses Of The Holly a chance, leaving their other works a bit on the sidelines. Although they were a few steps below, Physical Graffiti contained perhaps the last anthem of the formation. That magical crescendo of more than 9 minutes in which we can enjoy an entire exercise of virtuosity and sonorous grandiloquence rarely achieved by anyone.

Acid and psychedelic, “Black Dog” also drinks from the bluesy influences of Led Zeppelin, especially in the bass line and in the general rhythm of the song. Although, as Robert Plant himself acknowledged, the vocal arrangements are due to Fleetwood Mac.

Credited to Jimmy Page on the original album, the song is a variation of another theme with the same title, written by Jake Holmes, a British musician. Page recorded a new version while in The Yardbirds, and later with Led Zeppelin he changed the lyrics and added new parts and guitar arrangements. In the collective unconscious, the song became part of the history of rock music for the solo that the guitarist performs with the help of a violin bow.

The list is closed. The level of Presence is probably not equal to the previous works but perhaps it is the public’s fear of not giving one of their latest albums a chance as God intended that has hidden songs like the one shown here. Achilles Last Stand, underappreciated by critics in general, is considered by the fans of the band as one of their best creations.