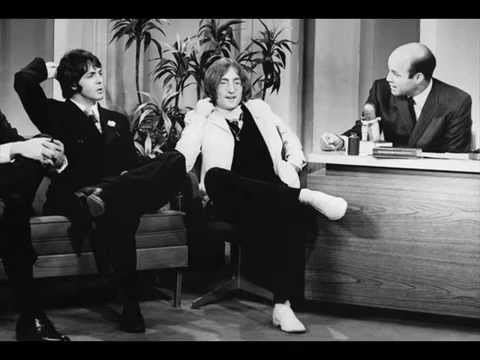 On May 16, 1966, Pet Sounds was released in the United States, the eleventh album of the Californian band Beach Boys and that would be the creative peak of the group. The album was produced by the band’s vocalist and composer, Brian Wilson, and although after its release it received somewhat lukewarm reviews, over the years no one in the world of music doubts that it is a masterpiece, always being considered among the best albums in the history of contemporary music.

Just one year later, on May 26, 1967, the Beatles released their eighth studio album, Sgt. Pepper’s Lonely Hearts Club Band, which introduced new elements to the already extensive Beatles repertoire, and was considered the musical zenith. of the Liverpool gang. The British were already an almost unattainable mass phenomenon by then, and Sgt. Pepper’s was well regarded at the time of its release, but with rave reviews, especially in the United States. Over time, the album has been unanimously acclaimed by all critics, to the point of topping many of the lists that consider it the best contemporary music album in history.

Despite the comparisons, the albums don’t sound radically alike. Although it is said that Pet Sounds was crucial for the Beatles in their composition of Sgt. Pepper’s, it is no less true that Rubber Soul (1965) is the clear inspiration for the Beach Boys’ album, especially its British version.

For much of the critics, the Pet Sounds arrangements are more complex. Sgt Pepper’s gets out of the possible comparison because, basically, it’s a rock album, with a couple of more exotic songs like She’s Leaving Home, probably the track most similar to Pet Sounds on the entire Liverpool album along with Penny Lane, who is impossible not to associate with God Only Knows. Most of the sounds on Sgt Pepper’s are made by the four Beatles, using extensive overdubs, that is, recording over earlier recordings with the most advanced technology of the time.

Pet Sounds doesn’t come close to rock at all, but rather is immersed in orchestral pop. In fact, Brian Wilson recorded with a large orchestra (drums, percussionists, guitarists, various bassists, keyboardists, harmonica, accordions, flutists, etc.) playing parts he had written for them or played on a piano. Only the songs with strings were overdubbed, and the percussion track Pet Sounds was recorded separately.

Lyrically, both records are great, but Pet Sounds seems more cohesive: the loss of youthful innocence, love, loneliness, modern alienation, an album that ranges from fantasizing about being old enough to spend the night together to disillusionment. or to regret a rejection.

Sgt Pepper’s has no lyrical cohesion, and each song is an individual gem from a couple of songwriters (especially McCartney) who were at the top of their game. More varied, they mix the themes of disappointment and naivety with others such as the changes in youth or happiness, while Brian Wilson expressed more his fear of change, his melancholy.

The best thing is not to ask yourself which is better of the two, but which one enjoys listening to it more.