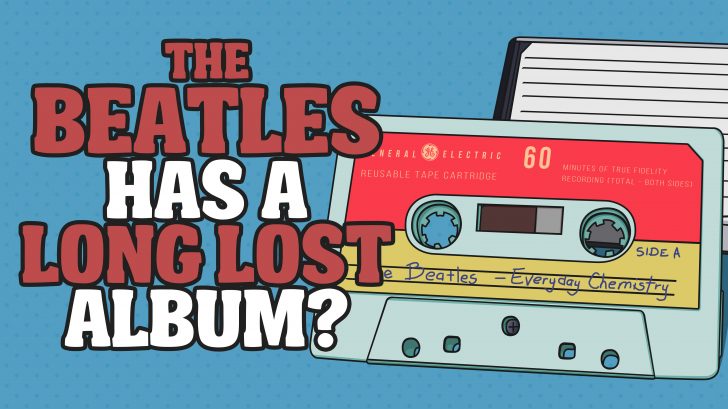 It’s hard not to consider the importance and impact of the Beatles in music history. Their impact was felt on many different levels. They were one of the first rock group to do what has since been expected of what a band is – they were one of the first rock group who wrote their own material. They were also the first band to develop the album format — Rubber Soul, and Sgt. Pepper, after being released, the concept of an album was no longer just a random collection of songs.

But did the Beatles ever had a long-lost album?

It was an album called “Everyday Chemistry,” which was on an orange cassette, hence called the “Orange Album” It was a man named James Richards who released a cassette that is said to be the fab four’s long-lost album. If this album did truly exist, then it would indicate that The Beatles never really broken up.

The story of this orange album was originated off a website called The Beatles Never Broke Up, and the author admitted that the cassette was only made up and the tracks were mashups of Beatles songs and some of their solo works which includes George Harrison’s Dark Horse, Paul McCartney’s ‘McCartney’, Ringo Starr’s Beaucoup of Blues and John Lennon’s Imagine albums.

Despite it being fake, it was indeed a nicely done work of fiction. You should check the website I provided above, it’s very fun to read.

Check out some of the tracks included in the tape, they are definitely a work of a genius.